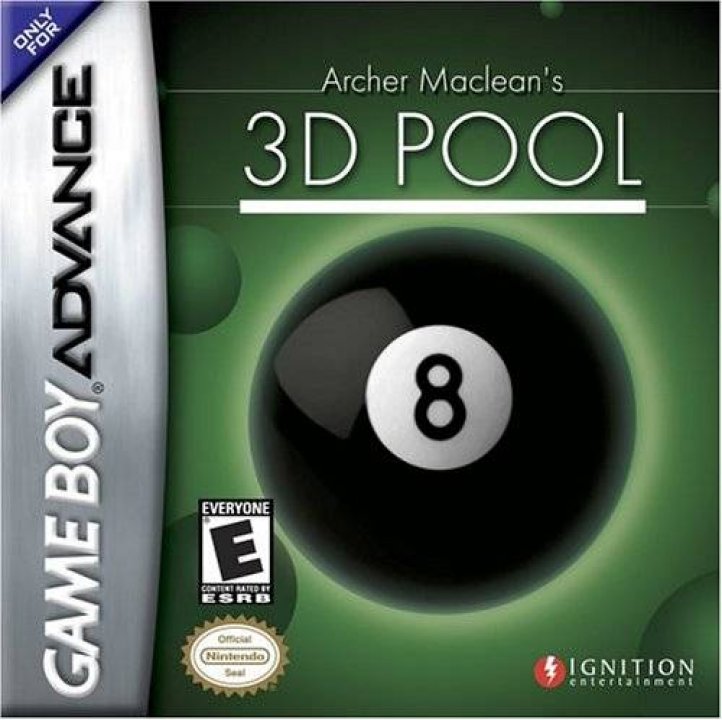 Join world renowned pool game designer Archer Maclean at the table in ARCHER MACLEAN'S 3D POOL for the Game Boy Advance. This virtual pool game by Ignition Entertainment puts players up against 20 different computer adversaries or against other players in a true three dimensional environment. The one-player mode features several different options. Players can select to use either coin-op or professional rules. Both American and UK variations of the game are available as well. A rule editor feature allows players to pick and choose which of the different rules will be in effect for the game. A trick-shot table editor gives players a chance to set trick shot options. Pool fans will be pleased at the game's graphics and smoothness, and while some pool games occasionally defy the laws of physics, ARCHER MACLEAN'S 3D POOL is nearly flawless, perfectly simulating every shot. The free camera can be positioned almost anywhere around the table, letting players find that perfect angle to line up their shots. In addition to the one-player mode, a multiplayer option lets players run a tournament for up to eight players. With this multiplayer feature, the many game options, and the amazing graphics, gamers and pool fans alike will be ready to rack 'em and sink 'em with ARCHER MACLEAN'S 3D POOL. 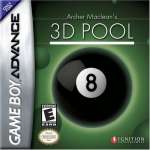