On top of an all-new game engine, groundbreaking changes and revolutionary features have been programmed into Alex Ferguson's Player Manager 2001 to enhance the menu system, speed up the pace and accessibility of in-game options and offer a totally realistic feel to that build up of tension to match day. New player motion captures, new player models and dynamics and stadium environments will deliver true-to-life representations of player tactics as each game is played in real-time, while enhanced post-match statistics will give an at-a-glance guide to how well those tactics worked. All these innovative features have been topped off with unique game content input and an in-game end of season evaluation as a Player Manager from Ferguson himself. 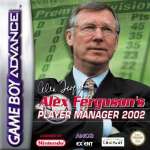