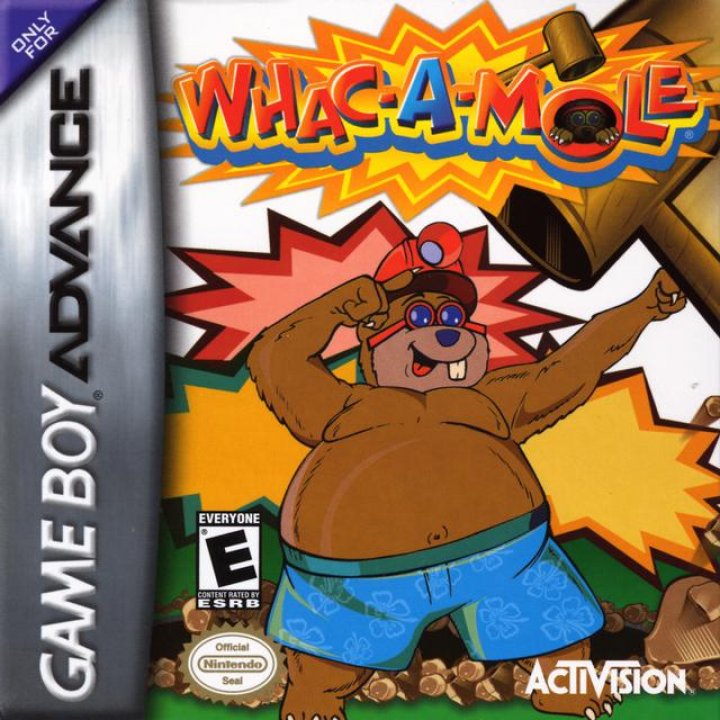 Whac-A-Mole enlists players to whac, zap and crush 10 new challenging breeds of moles including Pilot Moles that fly planes, Racer Moles that drive cars, Ninja Moles that attack with throwing stars, Soldier Moles that shoot bazookas and Electric Moles that try to shock gamers throughout seven unique worlds. Whac-A-Mole feature two modes of play -- Arcade Mode, where players race against the clock to complete goals in a world that is layered with power-ups, combats and challenging mole enemies and Quickplay mode, which allows players to customize their experience by choosing from game types, number of rounds and difficulty levels, resulting in a randomly generated mix of puzzle and arcade levels. The Game Boy Advance version includes a Classics mode, featuring such mini games as Tic-Tac-Toe and other favorites. 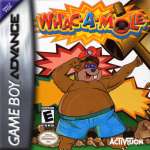 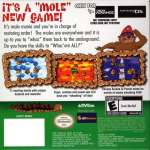