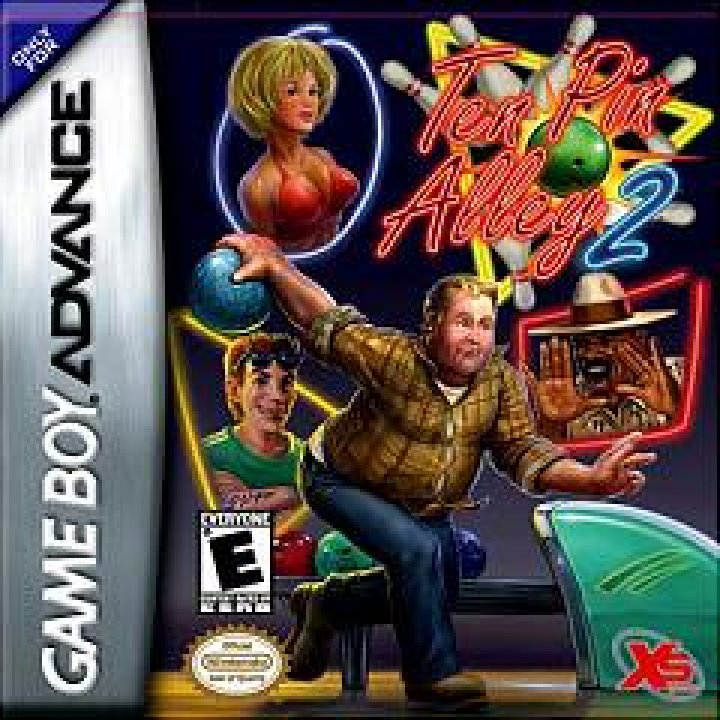 Bowling game that offers two gameplay options: you can either practice with up to three other players on the same system, or head into a tournament layout for competition against three other computer opponents. Players have the choice of eight different competitors and four different alleys. Ten Pin Alley 2's gameplay is a four click affair: first, mark the spot on the lane you want to stand. Then, watch the aim arrow bounce back and forth on the alley. Hit the button again, and set the power of the throw. The fourth button click sets how much or little a hook you want to throw. Released on a 32 megabit Game Boy Advance cartridge, the game was based on the cell phone game of the same name. 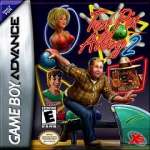