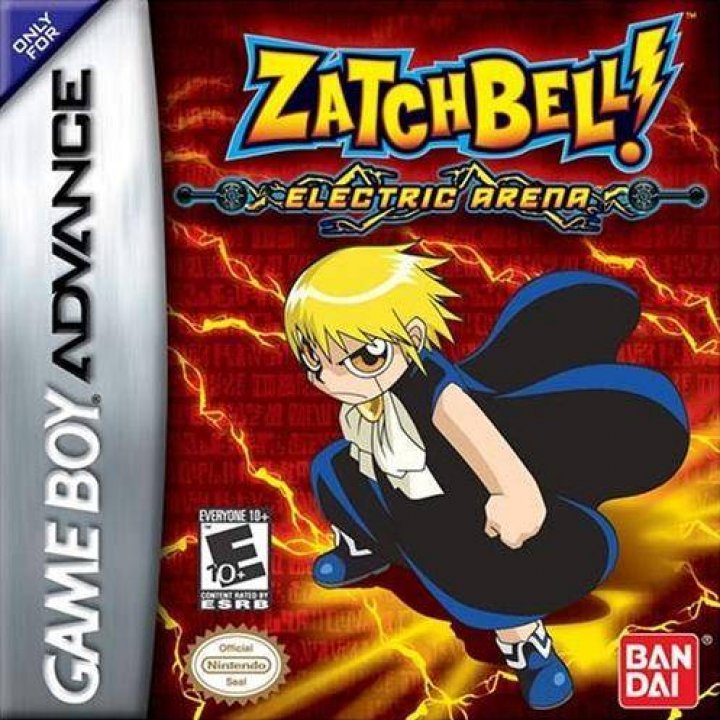 ZATCH BELL: ELECTRIC ARENA by Bandai for the Game Boy Advance based on the Zatch Bell! anime/manga that takes the original story line of the cartoon characters and expands on it in this vivid fighting game that allows players to battle it out in a variety of styles. The premise of the cartoon and comic books revolves around a group of magical alien-like creatures known as the mamodos that have come to Earth to fight for their world's crown. The only problem is that they have to use humans in order to access their powerful spells. The main characters are a fourteen-year-old human named Kiyo and a mamodo boy named Zatch. The game offers players the opportunity to play as several different characters as well as several different modes. Like to play air, this does allow for a variety that will keep players engrossed in the world of the game for extended periods of time, but one of the modes allows for a link up to fight it out multiplayer style. In the game a team of players face off against another team in a basic two-dimensional background much like fighter games of the past. In order to win, a team must win two out of three matches, and although the human character is the only one that can take damage the two characters must always move together. Fans of the characters will quickly become reacquainted with the characters and story, and newcomers to the series will have fun learning what it's all about through ZATCH BELL: ELECTRIC ARENA. 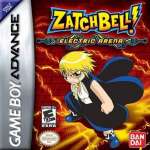