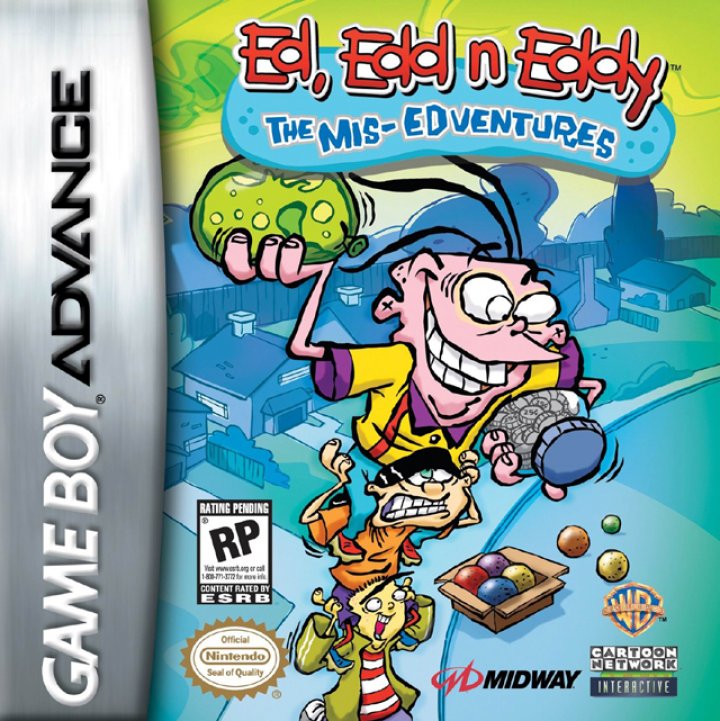 Midway brings back all the craziness of the Cartoon Network's ED, EDD, N EDDY with ED, EDD, N EDDY: MIS-EDVENTURES for the Game Boy Advance. Centering around three kids with the same name, MIS-EDVENTURES follows Ed, Edd, and Eddy through yet another of their zany adventures. Gamers will control all three kids throughout the game, switching between them at any point. Each of the three had their own special abilities, and players will need to master each character to get through the puzzle-filled levels. Ed is the powerhouse of the team, able to pick up large objects and move them out of the way. Edd can operate machinery and can make use of different items. Eddy has stealth abilities and is the only character who can use stink bombs to get enemies out of the way. Each of the three also has an unique team-up move that involved all three characters working together. The levels contain the typical insanity often found in the cartoon. On one level, for example, players have to try to sell a number of snow cones from their snow cone stand; however, to get the business going, players have to steal ice from other characters. There are several different scams to complete, each of which involves Ed, Edd, and Eddy making use of whatever they can find or steal. Gamers who love ED, EDD, N EDDY will love stepping into the characters' shoes with ED EDD N EDDY: MIS-EDVENTURES. 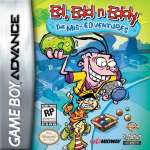