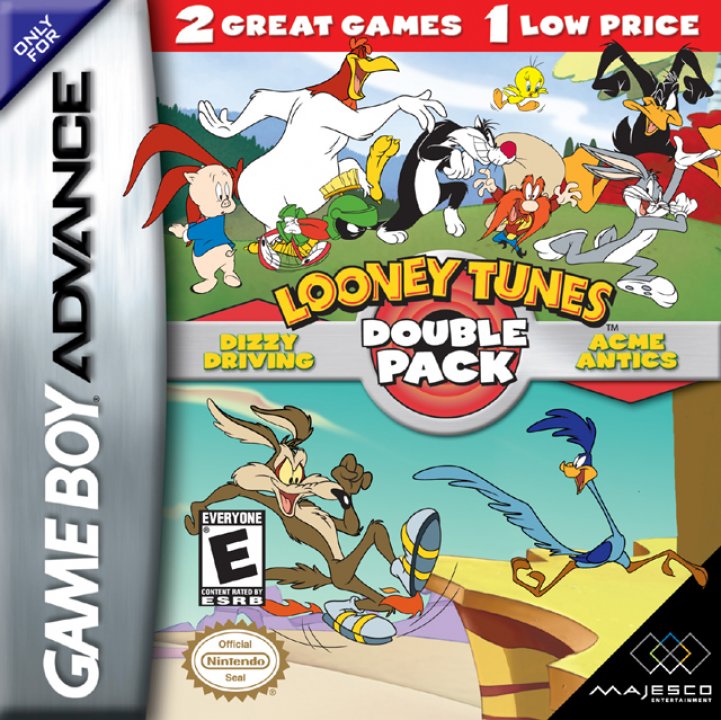 The Looney Tunes Double Pack brings your favorite Warner Brothers characters to the Game Boy Advance! Elude Wile E. Coyote with your stealth, speed and acceleration as Road Runner in Looney Tunes Acme Antics, and choose from a plethora of popular Warner Brothers characters and steer your way to victory in Looney Tunes Dizzy Driving. In Acme Antics, duck, jump, and use dash attack moves to avoid Wile E. Coyotes’ gag obstacles. Dash to destroy robotic Wile E. Coyotes and button mash to eat bird seed to increase speed. This game features eight exciting levels with four challenging boss battles In Dizzy Driving, race as Bugs Bunny, Daffy Duck, Foghorn Leghorn, Porky Pig, Sylvester, Tweety Bird, Marvin the Martian, and Yosemite Sam, each of whom has unique racing speeds and handling. Compete in single mode, where you can choose between a single race, elimination race, or capture the flag race, or play in tournament mode where you must defeat the rest of the field in a combination of all three single mode races. Use six types of weapons to slow down your opponents. 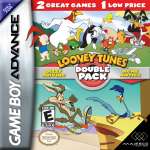