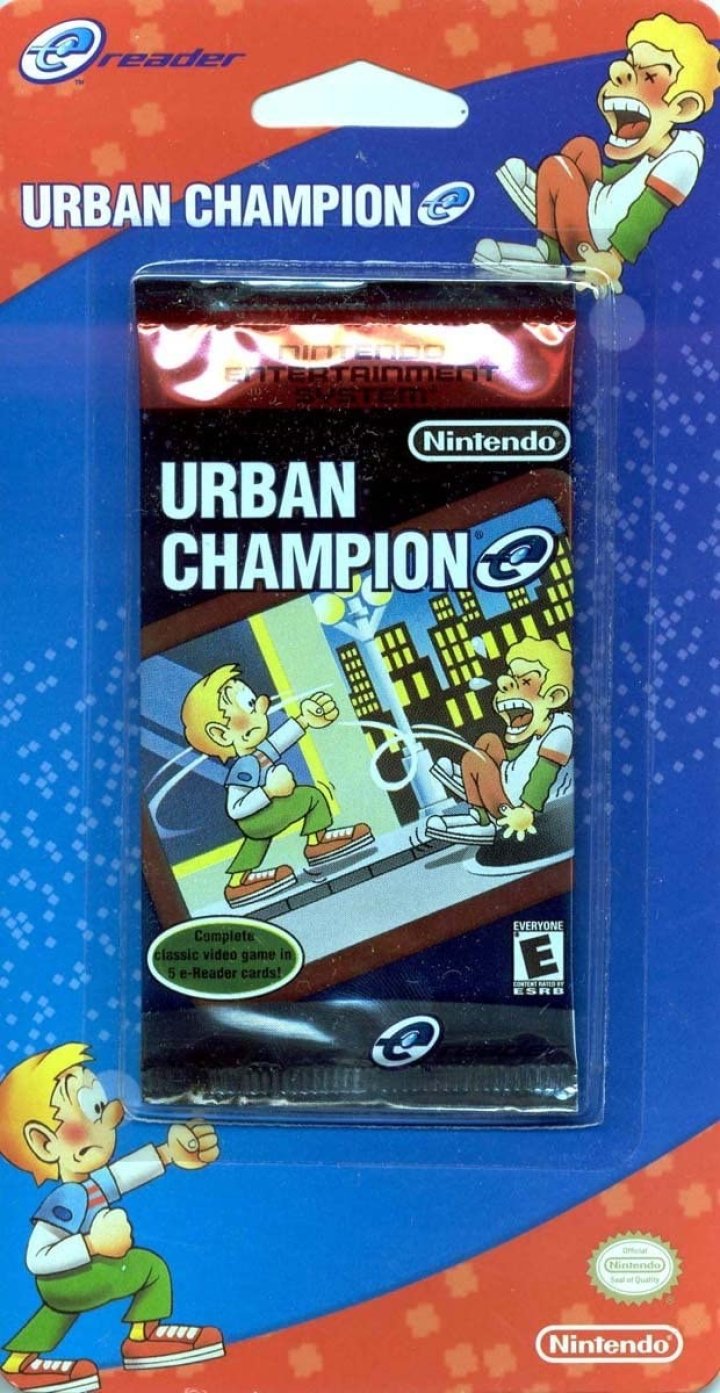 Think you're tough, huh? Well, you better be. Because you've got to be quick on your feet and fast with your hands to become the next URBAN CHAMPION. You've got to block, fake and land punches that will knock your opponent off the screen. Do that three times and there will be a confetti celebration in your honor as you become the new URBAN CHAMPION. But watch out. Just when you think you've beat him to the punch, you fall into an open manhole! Or get hit by a falling flower pot! Think you can handle the action? Then prove it. Play it by yourself or challenge a friend, either way you'll have a knockout time defeating the toughest guys in the neighborhood in URBAN CHAMPION. 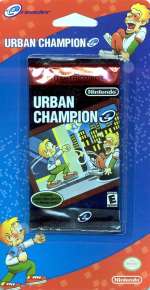