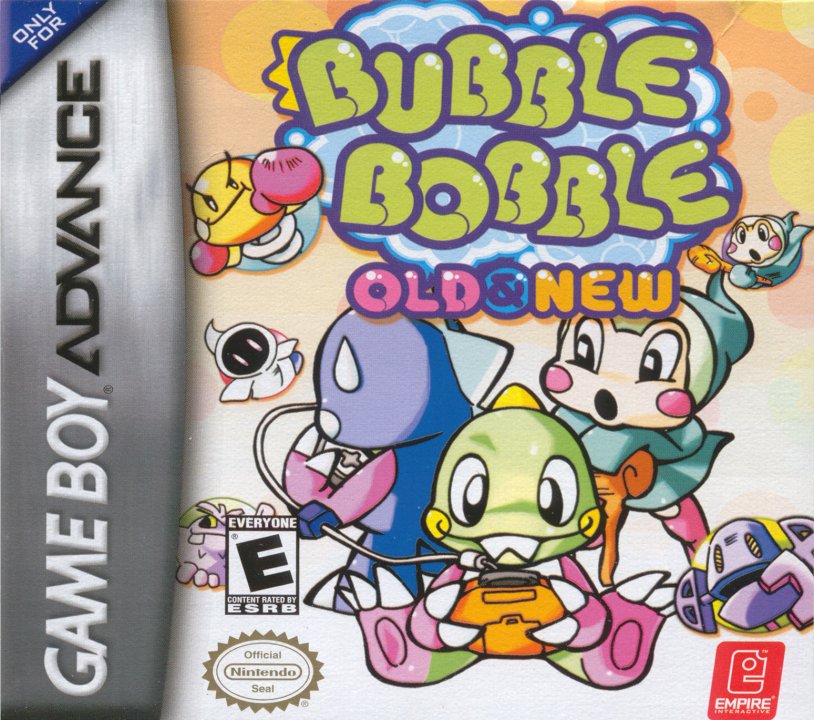 No one has ever been able to say just why Bubble Bobble is so much fun, but its mixture of cute baby dinosaurs, candy, and bubbles should give those new to the game an idea. Battle your way through over 100 levels of frantic bubble mayhem. Capture your enemies in bubbles then pop them with your spiky back to clear each stage. Find your way to the bottom of the 100-level cave and save a damsel in distress. Fortunately, if you've never experienced the glee for yourself, all of those elements are back in force in Bubble Bobble Old & New for Game Boy Advance. The game closely follows the original Bubble Bobble arcade classic, but splices together two gaming generations while employing the same graphics and gameplay structure as the original. It also took inspiration from the sequel, Rainbow Islands released in 1989. 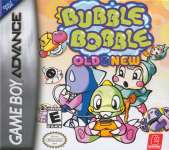 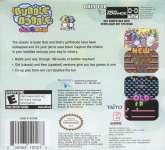