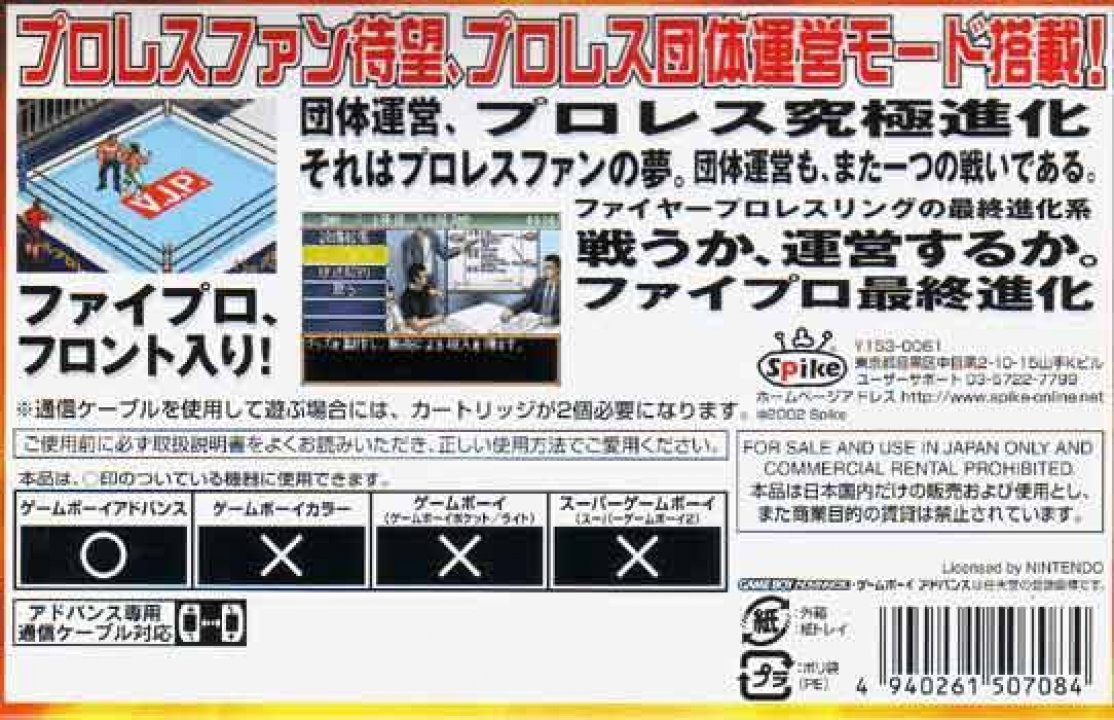 Final Fire Pro Wrestling features detailed action and more than 200 wrestlers from which to choose, as well as the ability to create and store wrestlers of your own. It also allows you to connect up to four Game Boy Advances and take on, team up, or trade wrestlers. You can customize every detail of a wrestler's appearance and use more than 1,200 fighting techniques in several modes, including Normal, Deathmatch, Gruesome, and Battle Royal. The Japanese-exclusive mode, Management of the Ring, allows the player to micro-manage their own wrestling promotion including hiring, firing, booking shows, managing TV contracts, purchasing merchandise and scouting new wrestling talent. 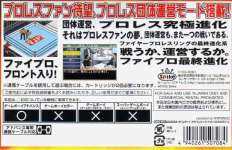 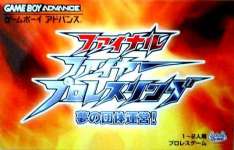 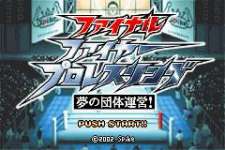