Street Jam is a three-on-three street basketball game for Game Boy Advance. Select your team from a roster of 15 teams and over 40 different characters and enter the world of street-ball. Your aim is to win all illegal tournaments held in various locations of the downtown. The individual players differ in game style, speed, special dunks and graphic presentation. Compete in the arcade mode and win eight challenging matches against the CPU, or partake in the story mode. The latter lets you select your team, and try to rise up in the ranks via five different levels from beginner to violence mode throughout 20 different tournaments with animated story sequences. 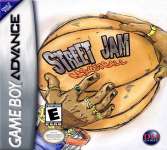 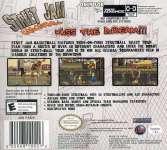