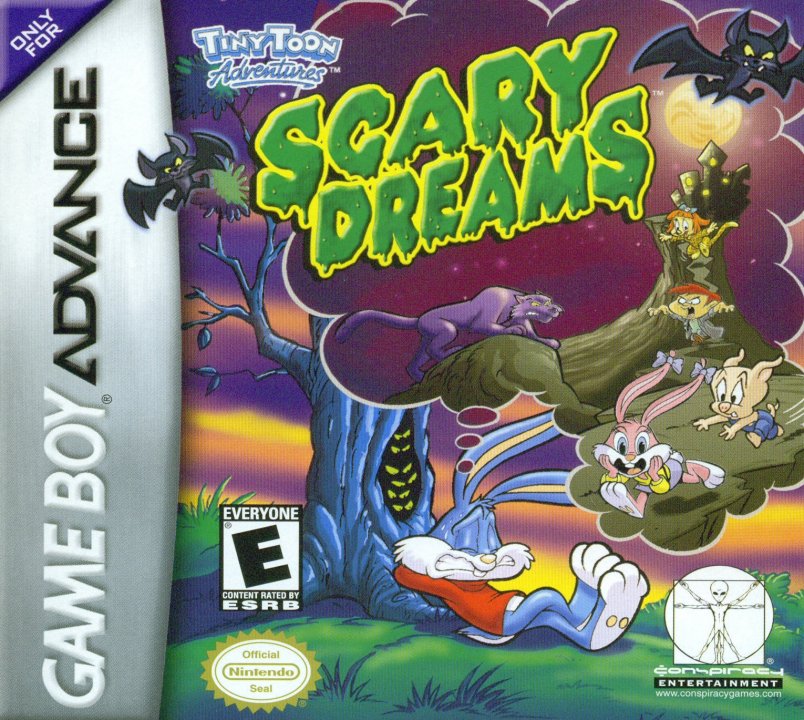 Join up with your favorite characters from the TINY TOON ADVENTURES universe for some action and excitement. Any fan of the classic cartoon series will go nuts for the near-perfect animation and familiar humor of the television show, but this game goes far beyond the call of duty. Between the long list of well-loved characters and the intense combat design, TINY TOON ADVENTURES: Buster's Bad Dream ranks among the Game Boy Advance elite. Make your way through four unique environments including Acme Forest, Haunted Mansion, Space Station, and a surprise locale partnering up with other Toons to destroy the likes of Elmyra, Montana Max, and many others. Babs Bunny, Dizzy Devil, Buster, and all the rest of the gang appear throughout, and there are plenty of hidden areas and personalities to unlock. The game's team system is such that one player can stun or distract an enemy, opening the door for the other player to inflict serious damage. The relationship between cartoon characters and violence dates back a ways, and TINY TOON ADVENTURES isn't about to break up the love affair. 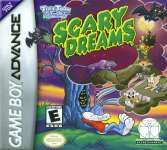 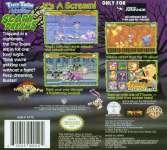 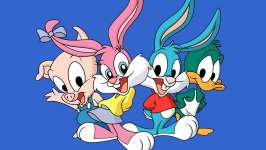