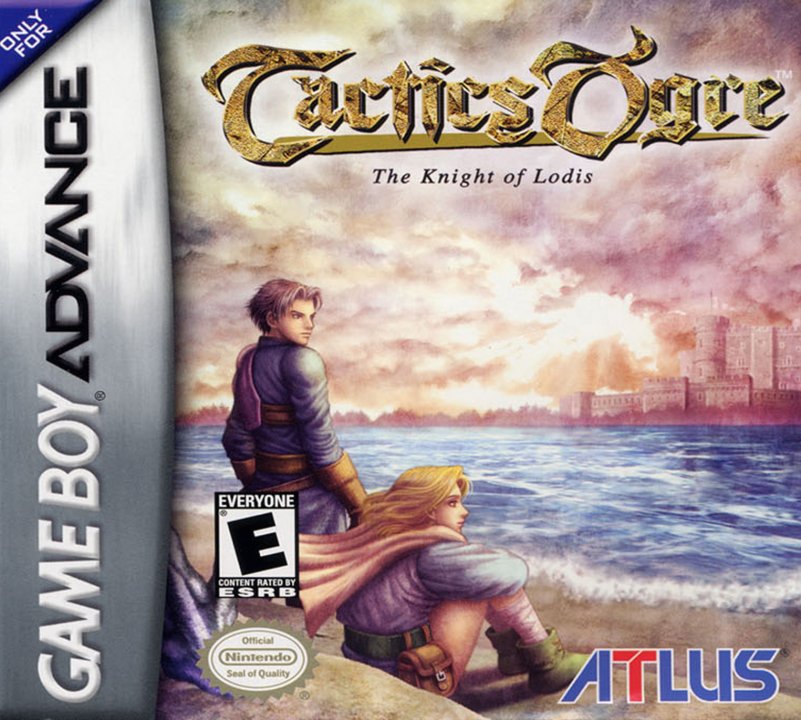 Tactics Ogre: The Knight of Lodis

Tactics Ogre: The Knight of Lodis is a tactical role-playing game developed by Quest. It was released by Nintendo in Japan in 2001 on the Game Boy Advance, then later released by Atlus in North America in 2002. Like Tactics Ogre: Let Us Cling Together, The Knight of Lodis features party-based tactical combat on an isometric playing field. The player has limited control outside of battle, being provided only extremely limited movement on a world map, a shop function, an options menu, and an option to participate in a training session in which the player pits its own forces against each other in order to gain experience. Characters can be hired or acquired in combat, and there are interchangeable classes and a wide array of weapons, equipment and magic spells. Under the watchful eye of the Holy Lodis Empire, strange things are happening on the island of Ovis. Powerful forces have been set in motion, but their motives are masked by political intrigue. It is your mission to investigate these occurrences and discover the true intentions of those involved. The ending of the game will depend on the actions that the main character, Alphonse, takes. You will make many revelations as you proceed, but you must survive the unrelenting battles and cultivate your characters' abilities to unveil the ultimate truth. 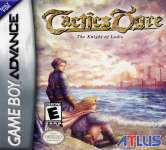 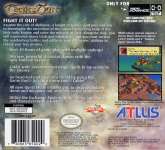 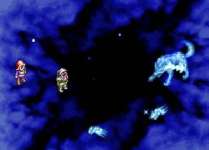 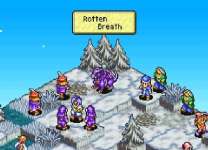 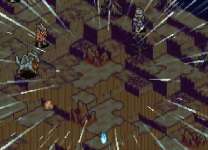 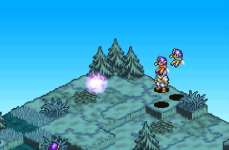 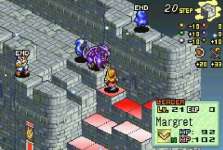 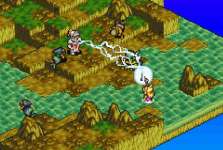