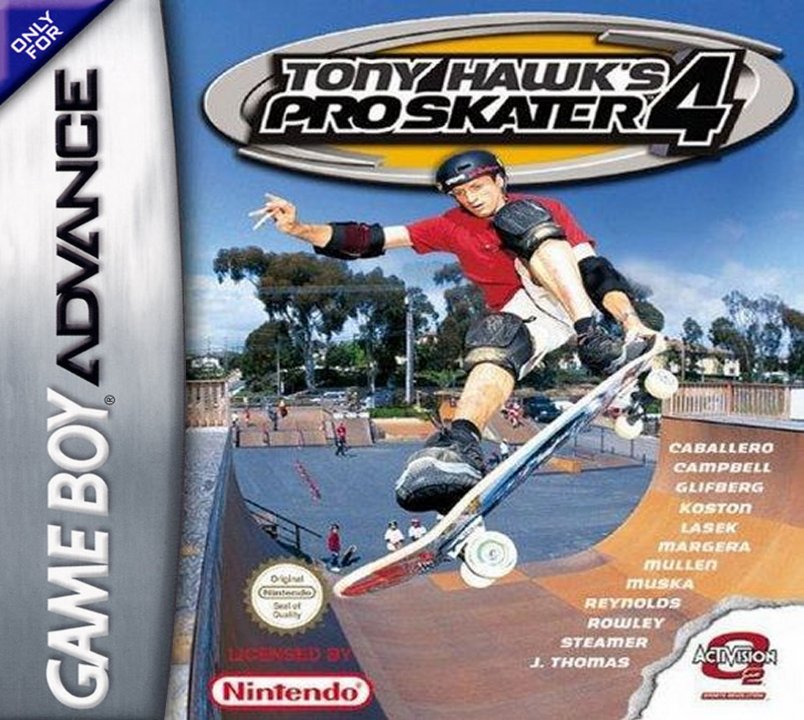 THPS4 is the fourth game in Activision's ever popular franchise. The main feature of this game is it's redesigned career mode. When beginning a level, you have all the time in the world to skate around, perform tricks, get a feel for the level, without the hassel of any goals or time limits. When you're ready to attempt a goal, simply find a pro skater, talk to him, then receive the goal, similar to Dave Mirra Freestyle BMX. Goals are similar to the previous games, such as collect SKATE, get a certain amount of points, transfer over this and grind that. There are new goals, however, such as collecting the word COMBO while doing one big combo. Miss a trick, and goal fails. Once all regular goals are accomplished, you can attempt the Pro Goal, which is specific to each skater, and is extremely hard. All the major skaters are here, including Tony Hawk, Bob Burnquist, Steve Caballero, Kareem Campbell, Rune Gilfberg, Eric Koston, Bucky Lasek, Bam Margera, Rodney Mullen, Chad Muska, Andrew Reynolds, Geoff Rowley, Elissa Steamer and Jamie Thomas. 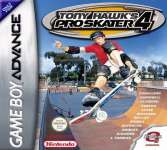 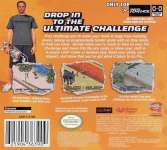 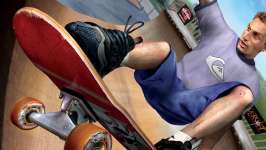