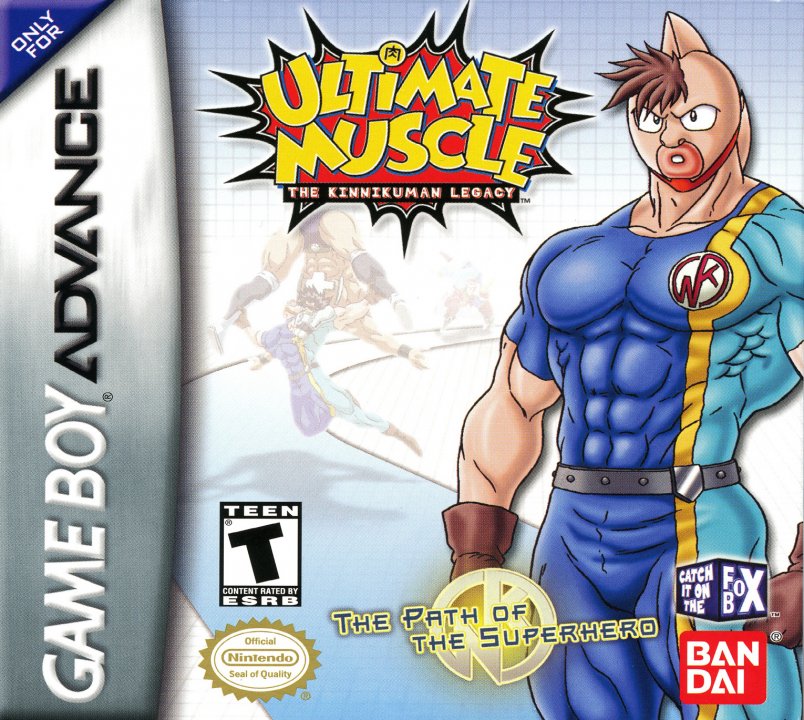 Ultimate Muscle: The Kinnikuman Legacy - The Path of the Superhero

Ultimate Muscle: The Kinnikuman Legacy - The Path of the Superhero is an arcade style wrestling game released in the United States June 3, 2003. It was developed by Banpresto and Published by Bandai. The game's story puts you in Mantaro Kinniku's journey into becoming a wrestling hero trying to defeat the dMp. It has multiple game modes in which you can play as twenty-three different characters, four you need to unlock. BUMBLING BICEPS, the world of wrestling will never be the same! ...because now there's a new Kid in town - Kid Muscle! His unwilling arrival on Earth comes conspicuously close to the legendary Muscle League Champions' embarrassing beating at the hands of the d.M.p, a devious new breed of evil wrestling super villains. The Muscle League has recruited King Muscle's own son to reinvigorate their falling fortunes! And they've enlisted and trained a whole new generation of heroes to take on the diabolical d.M.p and save the planet!! 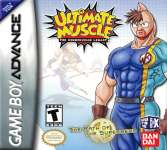 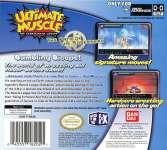