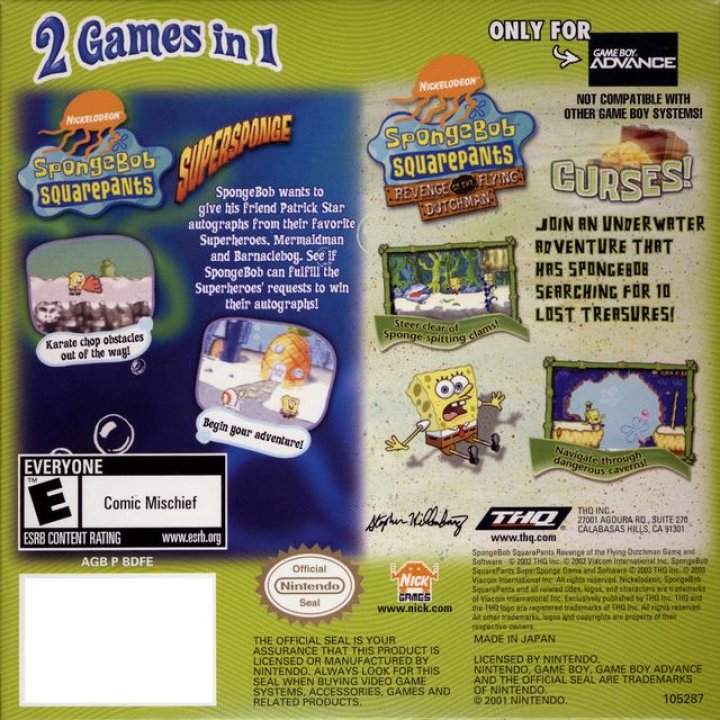 The SpongeBob SquarePants Double Pack features the Revenge of the Flying Dutchman and SuperSponge games for the Game Boy Advance. Now you can either help SpongeBob find lost treasures hidden throughout Bikini Bottom or help him gather celebrity autographs to give to Patrick Star for his birthday. Throughout your adventures, you'll encounter various characters and locations based on the SpongeBob SquarePants animated series. 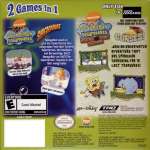