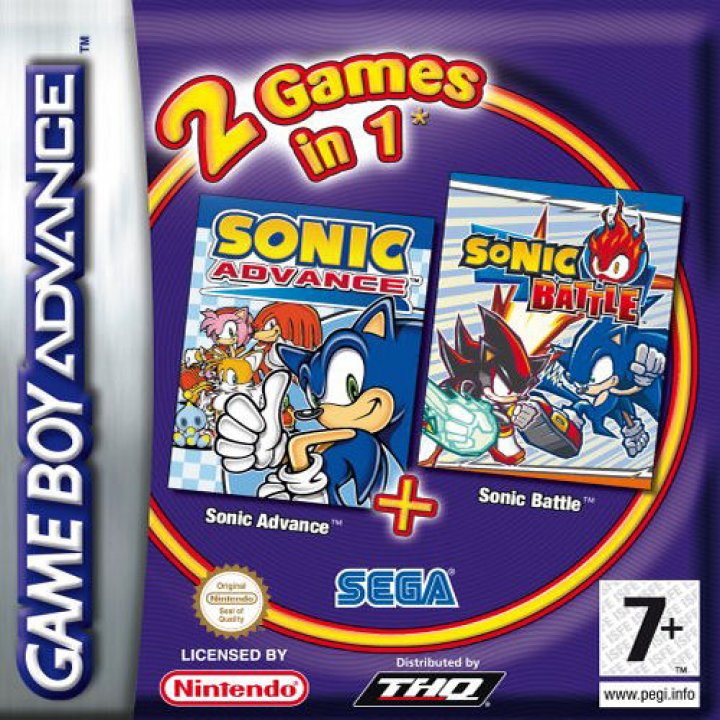 2 Games in 1: Sonic Advance & Sonic Battle, called Double Pack: Sonic Battle & Sonic Advance in Japan, is a compilation of two Sonic games for the Game Boy Advance. It contains the games Sonic Advance and Sonic Battle. There are no extras, just a menu that lets you select the two games. On emulation websites the European ROM is being labelled as "2 In 1 Sonic Pack Vol 3". 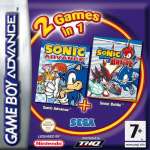 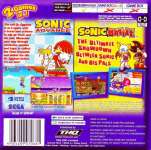 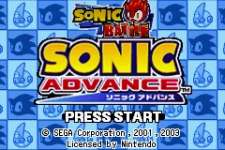