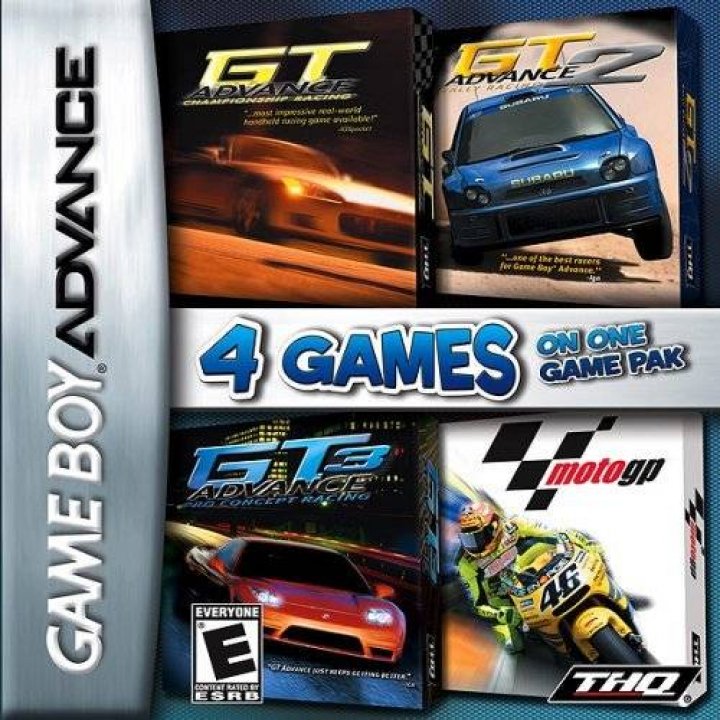 GT ADVANCE: CHAMPIONSHIP RACING Install your car kits, head to the track, start your engines, and get ready to challenge the most competitive racers on the circuit! GT Advance Championship Racing lets you choose from more than 45 authentic cars from eight manufacturers and race for championship gold. An amazing 32 tracks are ready to be mastered, including circuit, highway, town, pass, and even dirt. Take on the tracks in one of five game modes: championship, quick race, time attack, practice, and vs. Vs. mode lets you use a Game Boy Advance link cable to race head-to-head against a buddy. Each player can tweak the car to perfection, adjusting nine upgradable car features: engine, suspension, body weight, muffler, CPU, and more. GT ADVANCE 2: RALLY RACING GT Advance 2: Rally Racing features 42 tracks spanning various weather climates and conditions. Players must navigate 14 stages on their way to the top of the rally racing circuit. The game offers 15 of the world's top rally cars, each with unique handling, grip, acceleration, and maximum speed. The link option allows players to race head-to-head against a friend. GT ADVANCE 3: PRO CONCEPT RACING GT Advance 3: Pro Concept Racing features more than 90 authentic cars with upgradeable parts from 10 top car manufacturers. Players choose and unlock cars with different acceleration, top speeds, and handling in order to master the 46 tracks included in this pocket racer. Race against a pack of computer cars or grab a friend and race head-to-head using the GBA link cable. MOTO GP Moto GP differs from other two-wheel motor sports in that, instead of four-stroke engines, competitors use high-tech prototype two-stroke engines. Moto GP brings the spirit of this unique racing challenge to the Game Boy Advance. The game features 16 international tracks; a variety of 500cc bikes; a roster of 2001 pro riders, including No. 1 star Kenny Roberts; and link play for up to four GBA units via the separately sold link cable. 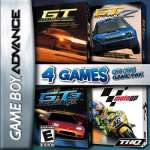