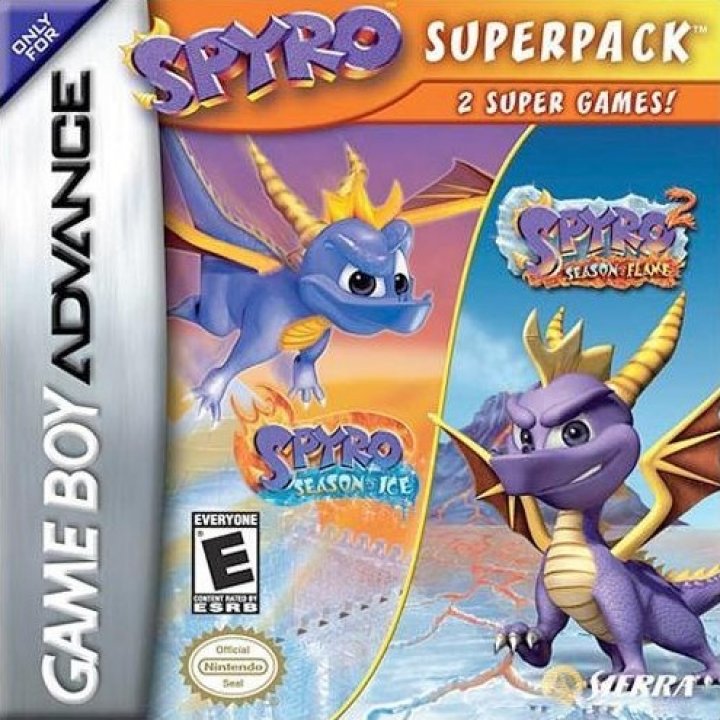 A compilation of two classic games for GBA -- Spyro: Season of Ice & Spyro: Season of Flame. SPYRO: SEASON OF ICE -- The Just as things seem to be getting back to normal for Spyro and company, a meager Rhynoc spell librarian accidentally transforms himself into a two-headed beast with a two-headed headache. The only cure requires the capture of 100 fairy wings, so the librarian-terror seizes poor Zoe. You'll play as Spyro (with some assistance from Hunter and Sparx) as you try to free Zoe and save all of the fairies in Fairyland. SPYRO: SEASON OF FLAME -- This game tells the story of Spyro's return to the Dragon Realms where he is surprised to discover that a mysterious enemy has stolen the Fireflies, the source of all dragon firepower, including Spyro's. Now it is up to everyone's favorite purple dragon to save the Fireflies before it is too late! 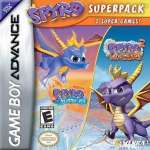