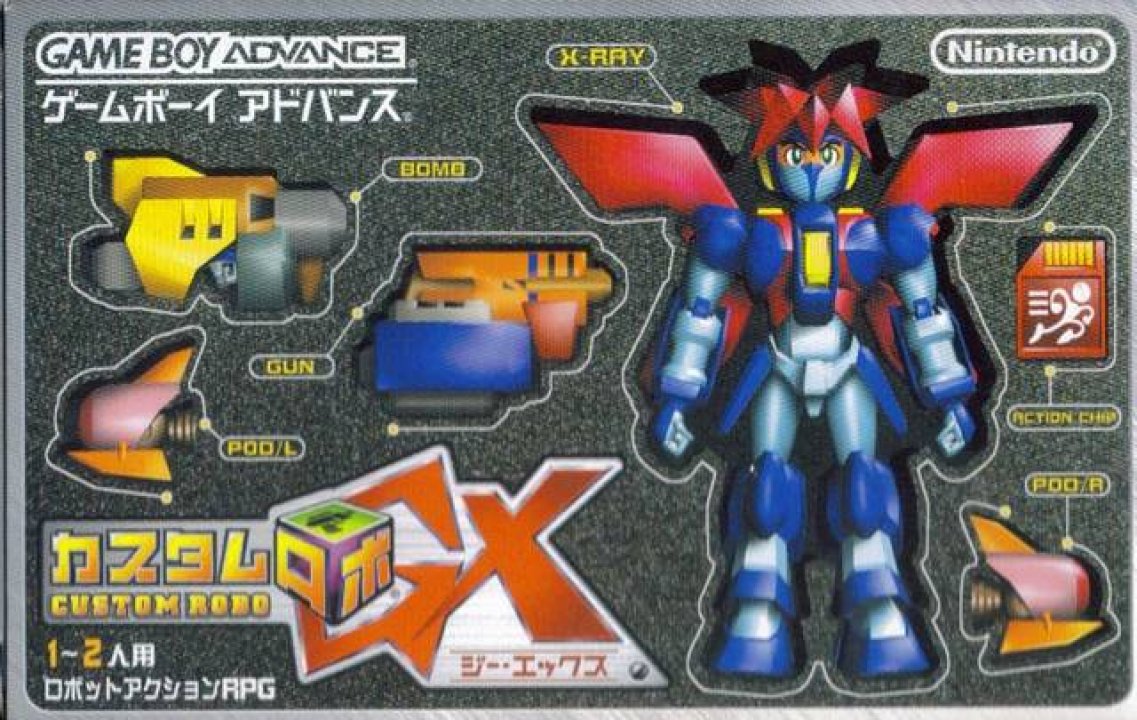 The Game Boy Advance iteration in the Custom Robo franchise. Custom Robo GX is a Japan-exclusive GBA version of Custom Robo. It maintains the series' trademark RPG-hybrid gameplay, but changes the battle system to accommodate the limited capacity of the GBA. The Robos can still be customized in the same manner as the console games (Body, Gun, Bomb, Pod, Feet) but the battles take place on a 2-d plane in zero gravity. There is still auto-aim, and the Robos have the same fire modes as the console releases. Different arenas have obstacles, and Robos have dash moves to move around them more effectively. Generally a Robo is based on its 3d counterpart, so a slow and powerful Robo will still be slow and powerful. This game was originally planned to be the first Custom Robo game released in America, but Nintendo chose the Gamecube release instead. 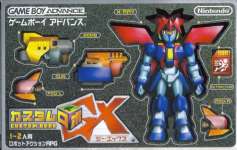