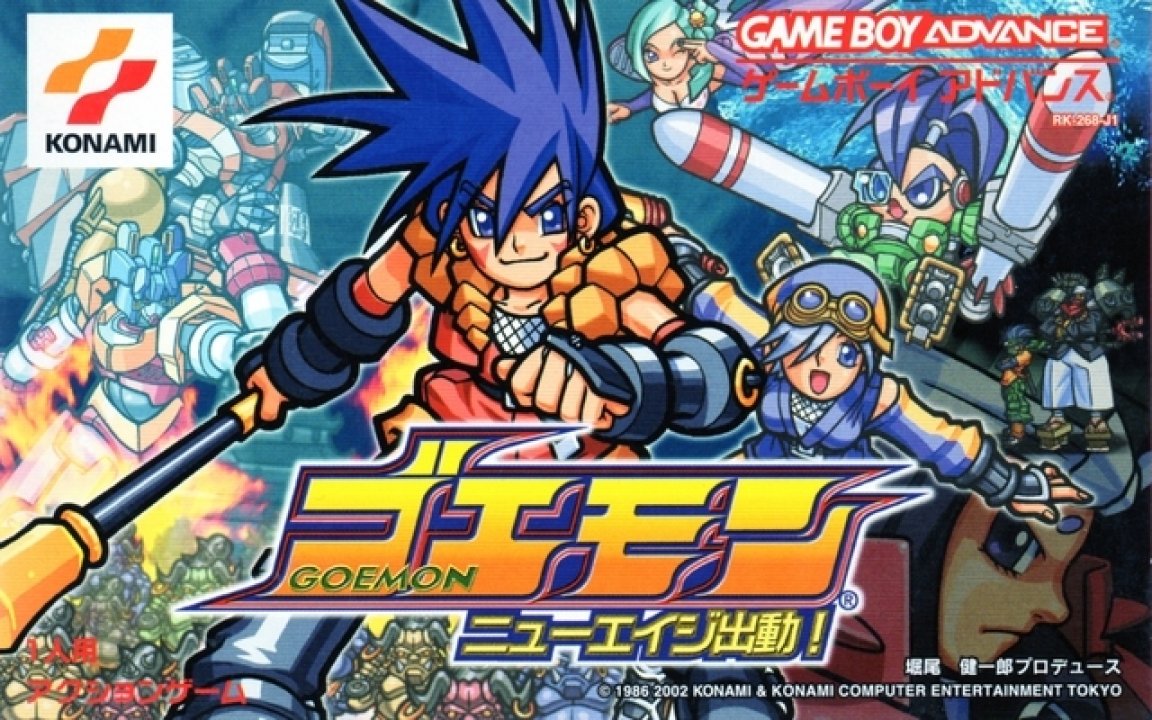 Goemon: New Age Shutsudou! gives the franchise a facelift, putting Goemon and his friends in a futuristic rendition of Japan, fending off a supernatural force threatening the city. Goemon: New Age Shutsudou! is a Japan only title in the Ganbare Goemon franchise. New Age Shutsudou is a semi-port/remake of Ganbare Goemon: Shin Sedai Shuumei, containing similar levels and plot to the PlayStation title. New Age Shutsudou was developed and published by Konami Corporation in 2002. The game (as well as Shin Sedai Shuumei) gives the Goemon universe a facelift. It takes place in futuristic Japan, Goemon is skinnier and sports a new hair-do, Ebisumaru is replaced with a shy girl who has a crush on Goemon named Ebisu, and Yae is replaced with Yui, a mermaid-like creature. The Impact scenes take place inside of a large mech. In terms of gameplay, Goemon: New Age Shutsudou! is a fairly traditional side-scrolling action platformer. The player controls either Goemon or Ebisu, attacking enemies with their respective weapons (which can be leveled up three times in terms of power), and gathering coins. Each level is fairly linear in comparison to earlier Ganbare Goemon titles, and at the end of each level the player is taken to a world map. Some levels differentiate from this formula. These levels put the player in control of different characters. There are side-scrolling shoot-em-up stages starring characters like Sasuke. The weapon power-up system still works identically here, the gameplay style is just shifted. Additionally, there are stages where the player takes control of Yui, a mermaid-like creature. These stages are underwater. New Age Shutsudou marks the return of the first person Impact scenes, which were previously in some of the Super Famicom Goemon games. These scenes put the player in control of a large mech, fighting other robots. The mech is immobile, but is able to melee attack, guard, and fire counter-attacking lasers. 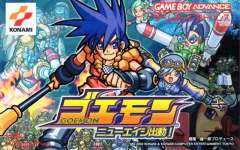