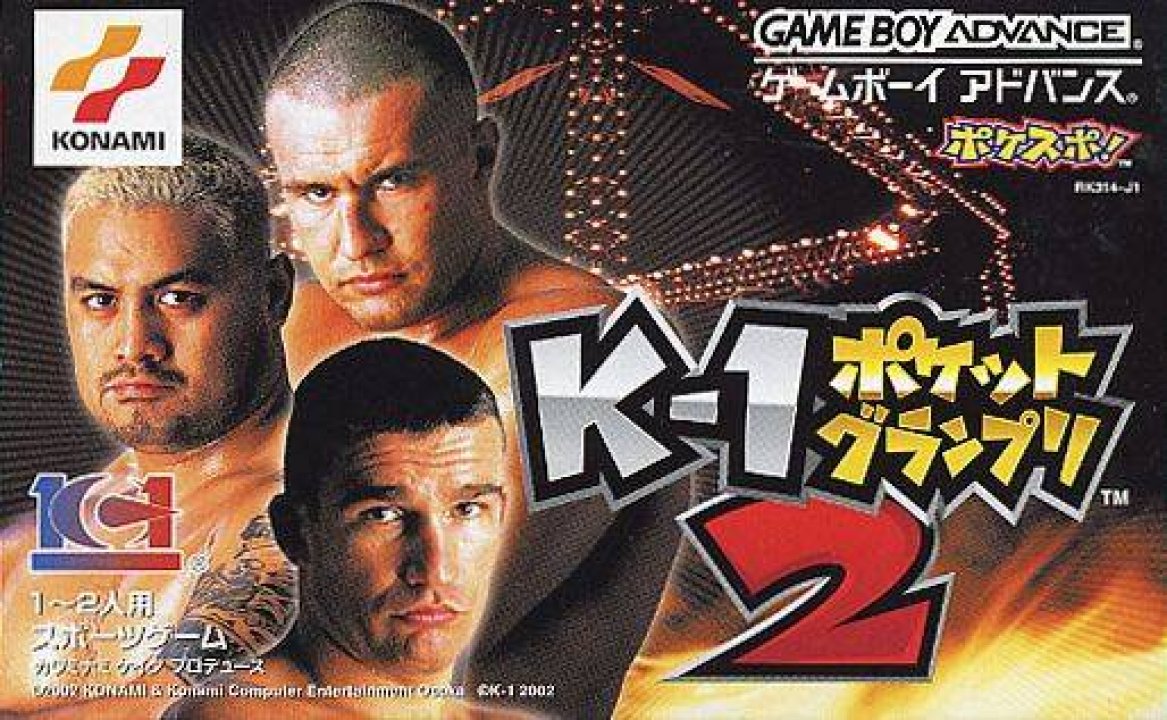 K-1 Pocket Grand Prix 2 is a Kickboxing game, published by Konami, it was released only in Japan in 2002. K-1 Pocket Grand Prix 2 is a Japan only sequel in which you can select from a roster of 17 famous K-1 fighters from different regions and compete to win the grand prix tournament. You can also create a fighter and select a region and selection of punches and kicks for him. The game represents the fighters as over top cartoony sprites in the same style as puzzle fighter does for street fighter characters. The game plays out in sped up 3 minute rounds and does not represent accurate K-1 fighting as fighters can utilize special moves such as flaming kicks. The game borrows features from other 2D fighters such as street fighter allowing you to do charge attacks, parries, super moves and you win the game by depleting your opponents health bar. The game is a little tongue in cheek, when cro-cop wins a fight he does his winning pose in his famous cop uniform.