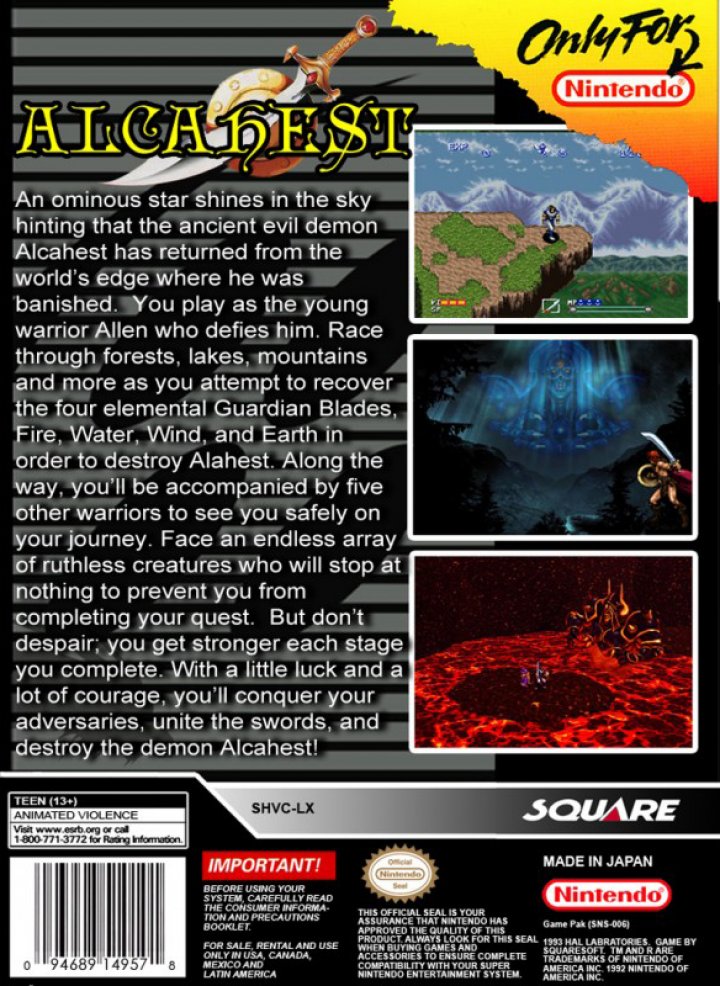 Alcahest is an action role-playing game with a top-down perspective that plays similar to The Legend of Zelda. It is divided into 8 stages that are progressed by finding items that aid the protagonist Alen on his quest, and end with a boss battle. After specific boss fights, the player will gain the abilities of one of the four elemental Guardians. Alen will also find five allies that will join him at predetermined points of some levels. They are the young wizard Garstein, the princess Elikshil, the knight Sirius, the android Magna and the shape-shifter dragon goddess Nevis. Though they cannot be controlled directly, allies will attack and use special moves when the corresponding button is pressed. 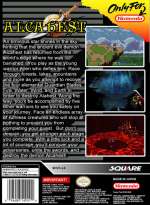 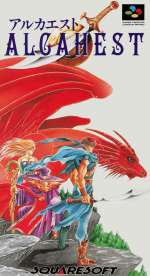 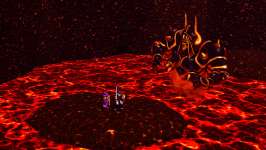 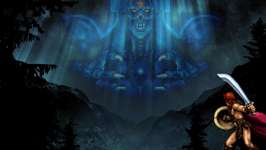 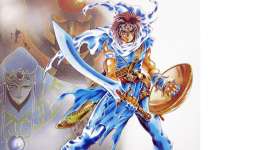 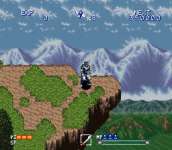