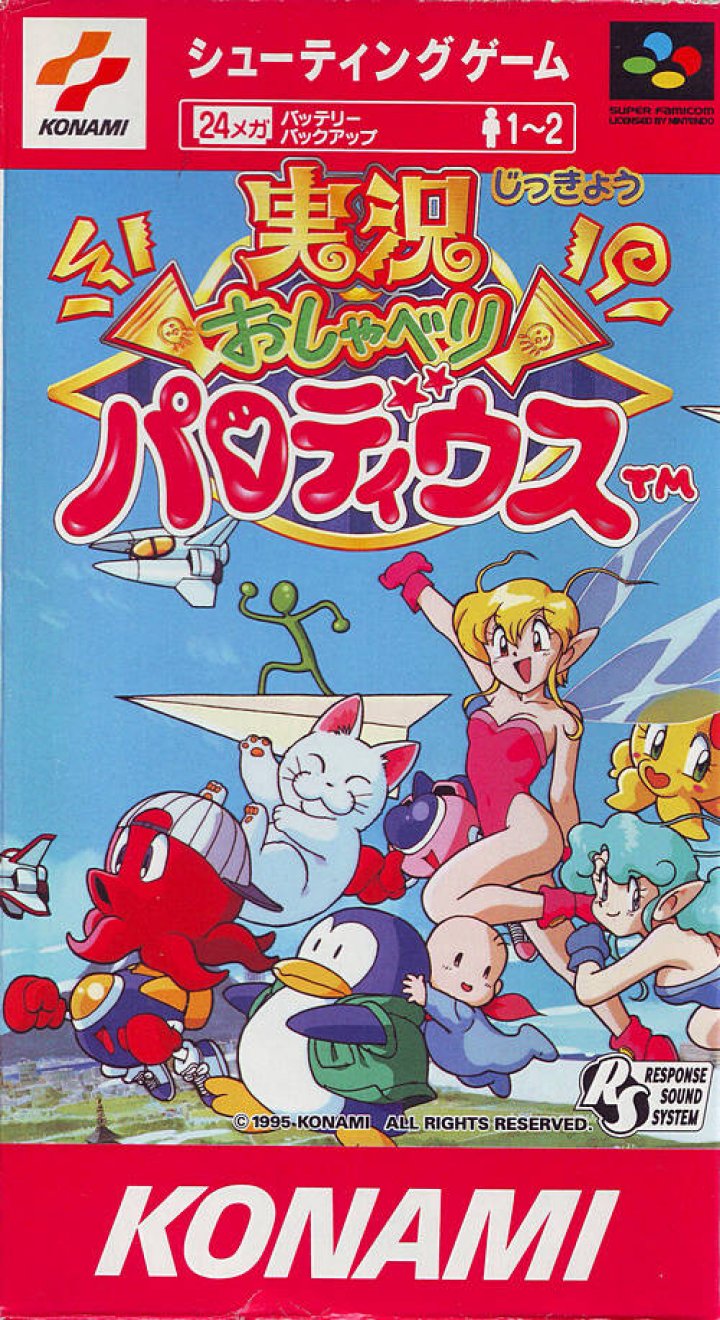 Jikkyō Oshaberi Parodius (Chatty Parodius), is the fourth game in a series of parody shooters produced by Konami. The gameplay is stylistically very similar to the Gradius series, but the graphics and music are intentionally absurd. The game, as its name would suggest, contains a large amount of Japanese voice samples shouted out in a style similar to that of a game show host. Unlike the previous two titles, Jikkyō Oshaberi Parodius was not created as an arcade game. It was first released on the Super Famicom in 1995 and then ported and updated for the PlayStation and Sega Saturn in 1996. 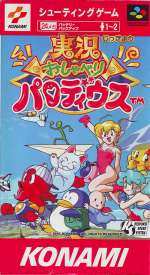