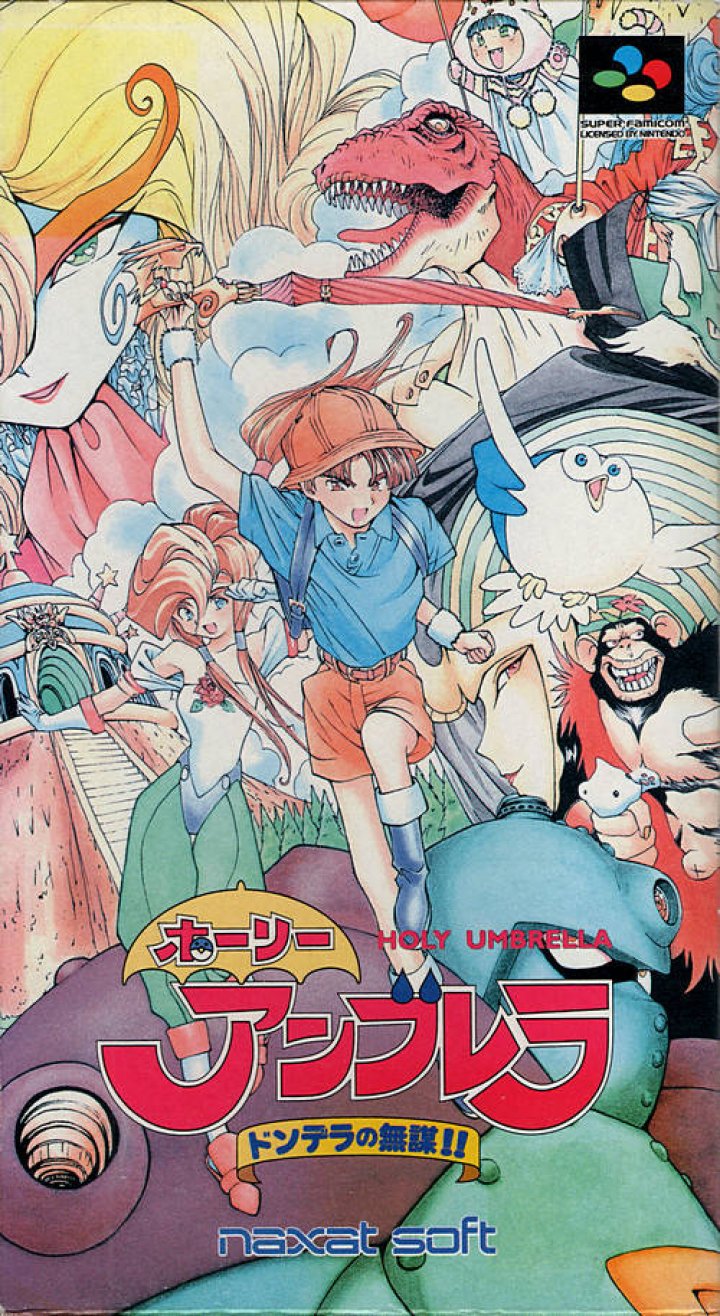 Holy Umbrella: Dondera no Mubou!! is a really nifty platformer game along the lines of Violinist of Hameln. It´s just as silly, although in different ways. The main character gets transported to an alternate world when he picks up an umbrella, and he has to save it to get home. The game is full of all sorts of cliche plot elements. It's a total camp overload, but it's a still a lot of fun. Its hero is transported from 20th century Japan to a fantasy world that is being threatened by the evil emperor Dondera and his legion of mechanized minions. The hero's umbrella, which was the catalyst for his transportation, is the best weapon he has to save this world. 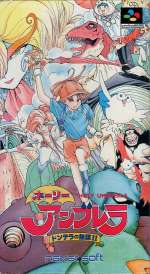 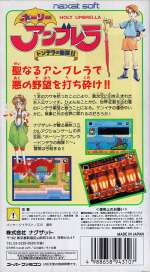 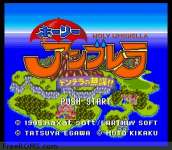 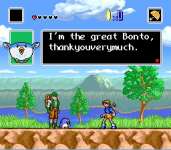 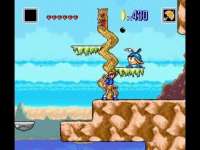