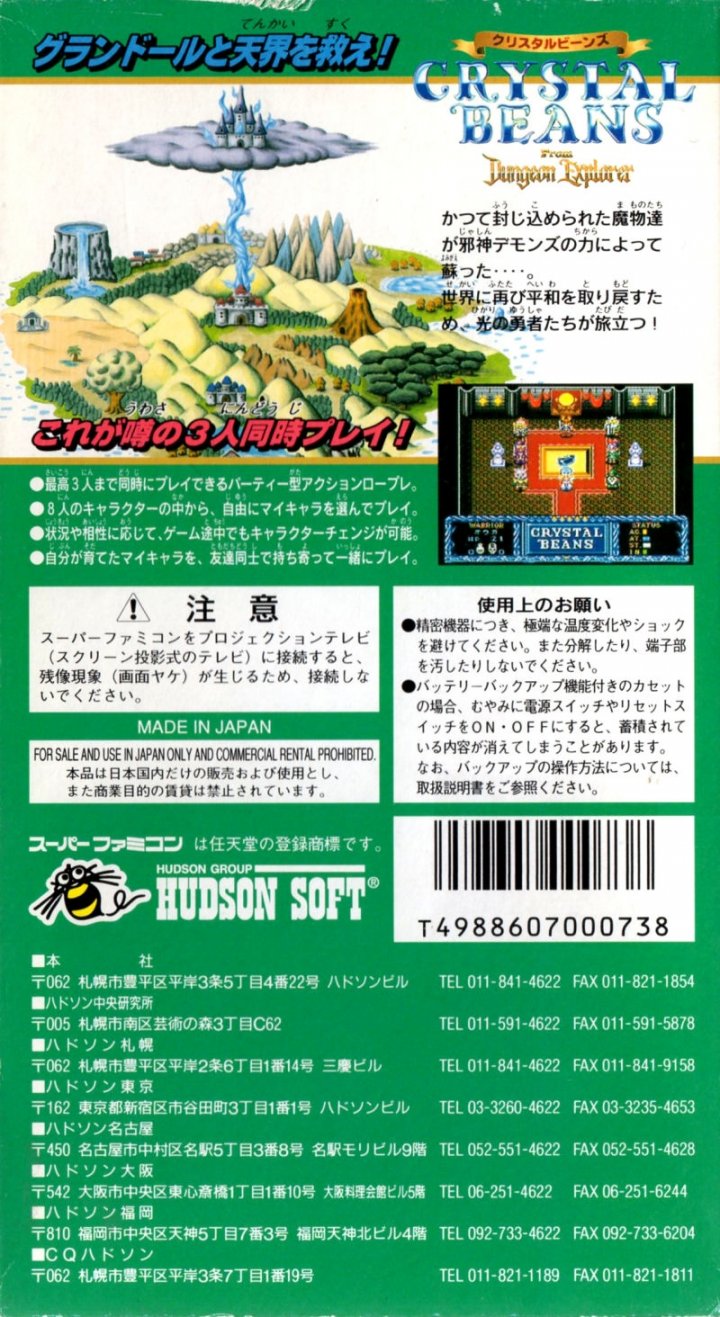 Crystal Beans: From Dungeon Explorer is a top-down action-RPG and a Super Famicom Japan exclusive entry in the Dungeon Explorer series. When the Demon Rain falls, The ground will turn to dirt, And the sea will lose its shine. - Legend, from the Grandol Royal Library - There once was a peaceful realm, known as Grandol... There was a time when demons had taken Grandol, and the world was on the edge of destruction. But with the power of the Miracle Gem, peace was restored. Afterwards, the powerful Miracle Gem was shattered and sealed away, since the peace of Grandol had been obtained. Then, on a certain day, one hundred years later... Suddenly, an enormous cloud took over the Grandol sky, and the Demon Rain started to fall. The wicked power of the Demon Rain changed the nature of Grandol. And when the Demon Rain stopped, a castle appeared atop the clouds... At this point, in the aftermath of the Demon Rain, the Demon Holes started showing up. Monsters began to appear from these. The Demon Rain seeped deep underground, where long ago the fragments of the Miracle Gem were sealed with fifteen demons. They reawakened. In the large Rulvesos Castle, the voice of a goddess reached King Rulvesos... "King Rulvesos, demons are taking over everything, even to Heaven itself. But there is hope; items called the Crystal Beans can be used to our advantage. They can call the Heroes of Light, to save Grandol!!" When the goddess' voice faded, a light shot down from the Heavens to Rulvesos castle, to a room known as the "Hero Room". Here, weapons appeared around a Crystal Bean, delivered by the goddess... And the Heroes of Light appeared, to aid King Rulvesos. Now, with the power of the Crystal, the Heroes of Light have come down from the Heavens. They set out... . 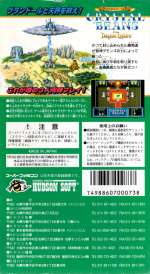 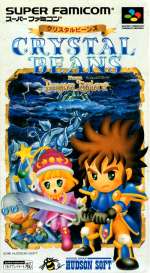