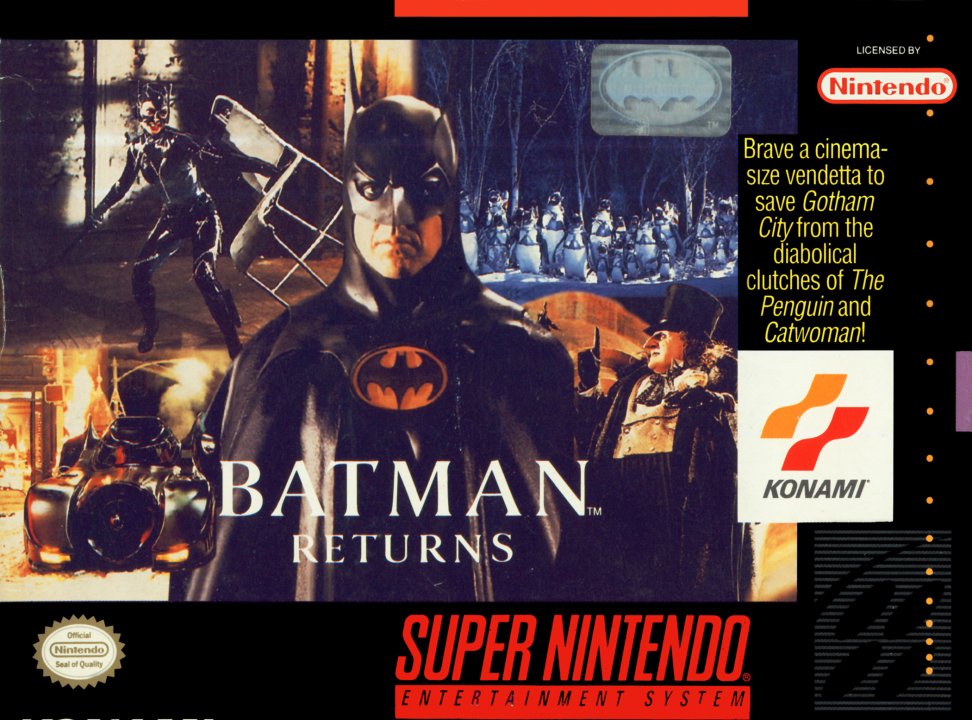 STOP THE ANIMAL CONTROL PROBLEM IN GOTHAM CITY BEFORE IT GETS TOO WILD! One oversized bird and one slinky cat are out to take control of this urban jungle. Only you, as Batman, possess the power to stop the sinister plots of The Penguin and Catwoman! Become the Dark Knight as you live out the silver screen adventure in 7 terminally captivating stages. Five levels of difficulty include the Maniac Mode for the most brutal challenge. With a haunting CD quality music track and incredible 3-D simulation you will feel the wrath of the Red Triangle Circus Gang and a slew of demented enemies including the Tattooed Strongman, Roller Clown and Organ Grinder. Luckily Batman has never been more huge and more powerful encased in amazing animation and armed with relentless attack moves. Hear the bone crushing sound effects with every blow. Psyche out the psychos with your trusty Batarang and an intricate assortment of kicks, punches, body slams and skull crackers before they terrorize a holiday street festival. Rescue the kidnapped ice Princess and face Catwoman, but don‘t be fooled by her purrs as this destructo-feline blows up Shrecks Department Store and flips, kicks and cartwheels to defeat you. Shriek through high-speed Batmobi/e chase scenes, slinging Batdiscs to help fend offthe fiends. Free the neighborhood kids held hostage in The Penguin’s wicked circus train. Finally catch up with that cold-blooded bird brain in his horrific Arctic World hideout guarded by missile toting penguin commandos. And beware of The Penguin's exploding umbrella. The Bat-Signal is blazing. Use your power to save this gothic urban gauntlet from the predators of the innocent! 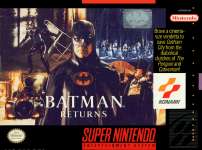 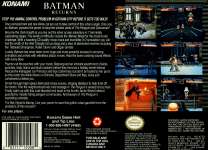 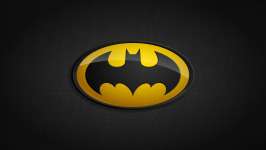 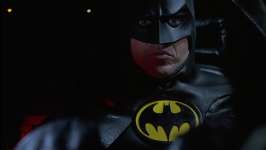 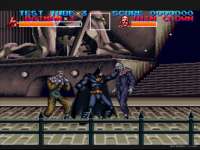