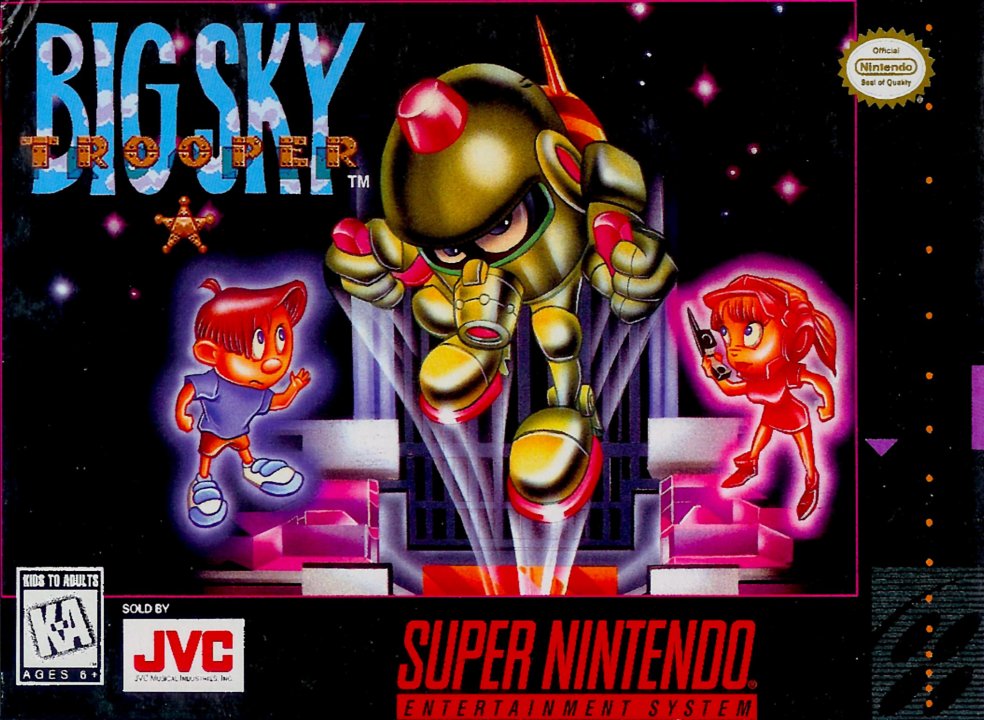 Big Sky Trooper is a sci-fi action game, produced by JVC and LucasArts for the Super NES in October 1995. The game runs on the ZAMN engine. On day an alien race of slugs is out patrolling space, when they encounter the Lucasarts logo. The logo, as we all know looks like a statue of a person with his hands extending towards the sky. Seeing this logo, the slugs determine that ours is a race made up of BONES and of ADVERTISING, two things the slugs simply hate. So they attack. 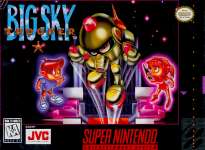 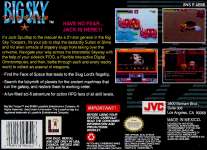