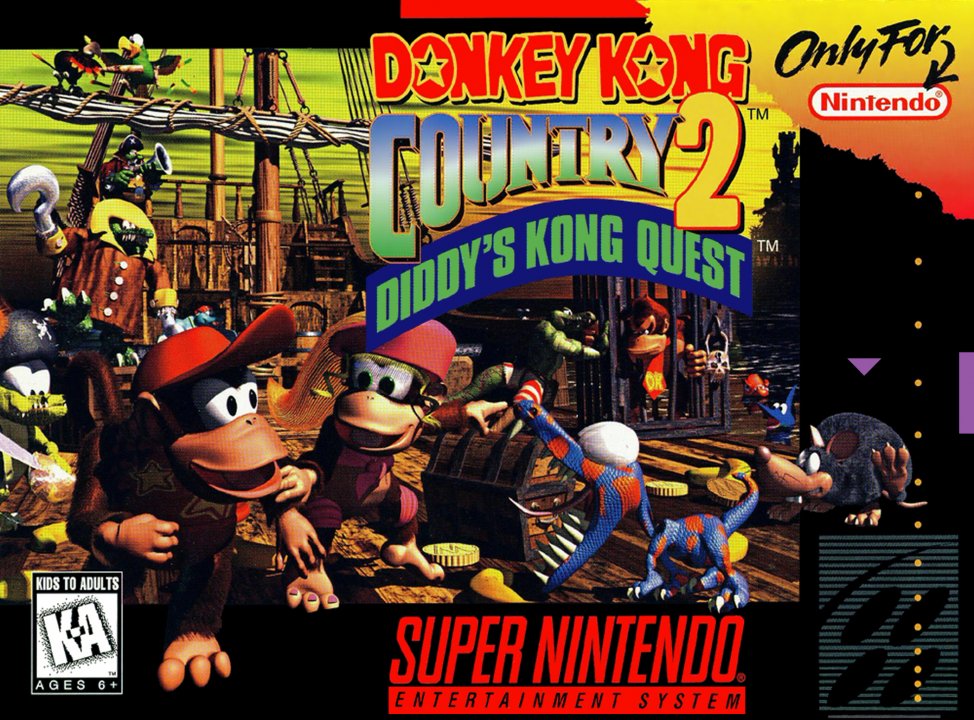 O.K. KID, WIPE THAT DROOL OFF YOUR CHIN AND LISTEN UP IF YOU REALLY WANT TO LEARN SOMETHING ABOUT THIS GAME. Sure, it's got NEWFANGLED COMPUTER GRAPHICS and what Diddy calls stereo sound that rocks heavily and with little resistance! BUT, the game play Well, they FINALLY added some proper challenge to the game - a snap for me of course. AND THE STORY You sure ask a lot of questions, kid! Kaptain K. Rool and his cruelest cut-throat Kremlings have kidnapped that flea-bitten ape Donkey Kong. I figured I'd rescue him when the little pip-squeak DIDDY pops up along with his girlfriend, and they head off fixin' to prove themselves heroes or something. Come to think of it, I haven't laid eyes on those two for quite a while. I just may have to help them out after all! *PLAY AS DIDDY OR DIXIE KONG, EACH WITH UNIQUE ABILITIES! *EIGHT EXCITING WORLDS WITH ALL-NEW LEVELS AND KREMLINGS! *BRAND NEW KONG FAMILY MEMBERS AND FRIENDS! *TONS OF NEW MOVES AND SPECIAL ABILITIES! *MORE SECRETS AND CHALLENGES THAN DONKEY KONG COUNTRY! 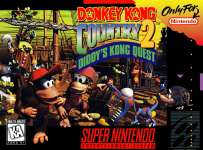 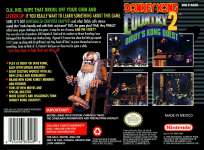 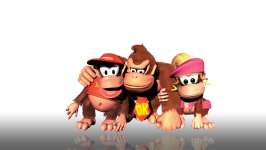 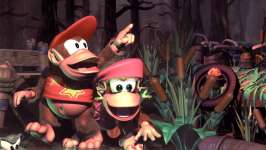 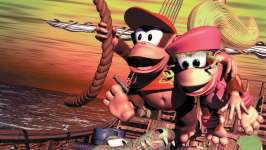 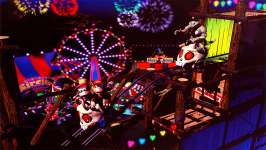 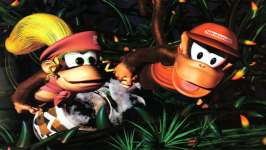 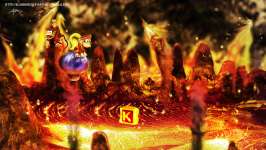 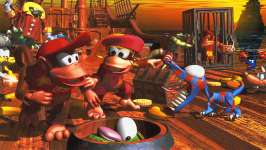 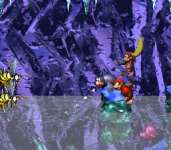 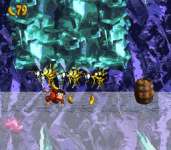 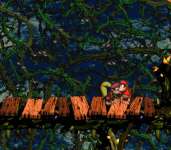