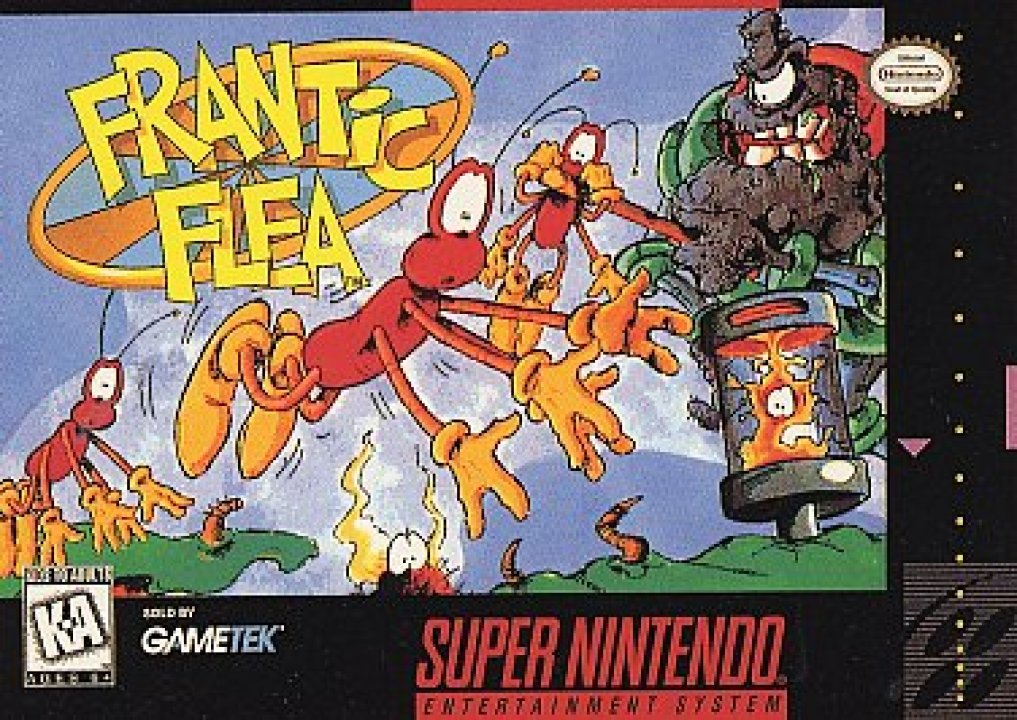 Frantic Flea has the player take control of a flea warrior out to protect his Flea World from an evil race of bugs called the Insideos who are enslaving his friends and family. The gameplay is a side-scroller with six different levels, where the player explores each stage, freeing fellow captive fleas and utilizing weapons and devices to aid in their missions such as the Hoverpod which enables flight and the Stikko which can give the player the ability to climb walls. The graphics are done up in a cartoon-style with over 100 animation frames to give sprites a more fluid life-like feel. 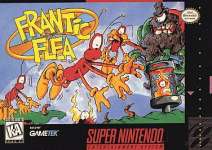