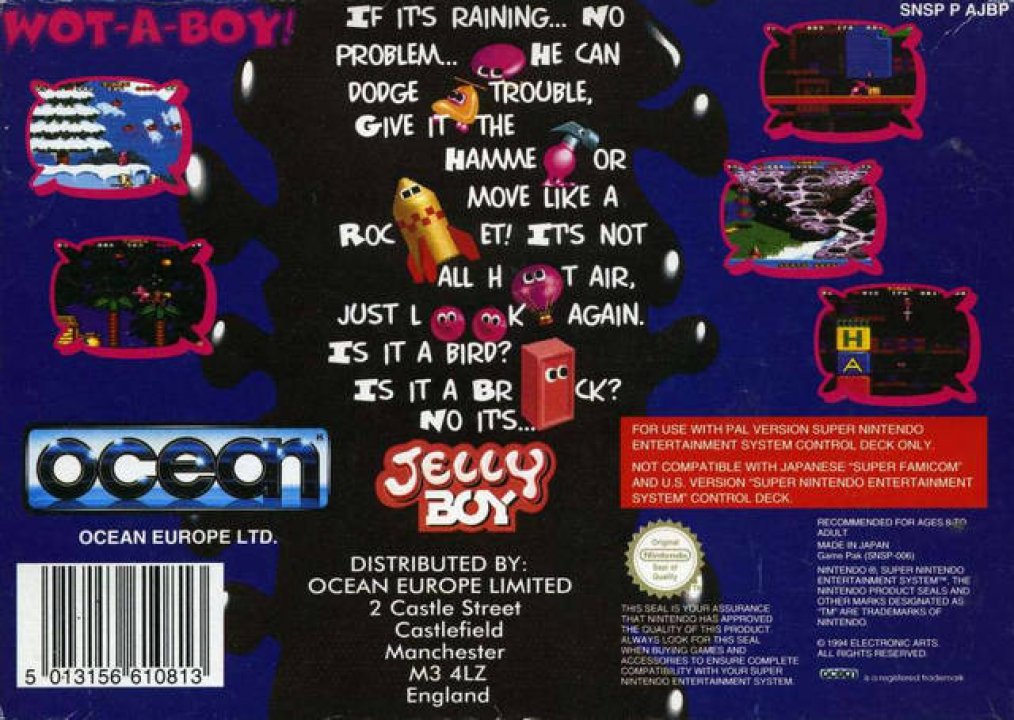 Jelly Boy is a 1995 Europe-exclusive action platformer video game developed by Probe Software and published by Ocean Software for the Super Nintendo Entertainment System and Nintendo Game Boy. Jelly Boy is a gelatinous humanoid pink blob on a mission throughout some strange worlds. He travels throughout such landscapes as giant toy factories and arctic snowfields during his quest, facing down all manner of dangerous enemies and obstacles. He can jump and he can launch a large fist from his stomach (he is a blob, after all). Further, different levels have special power-ups that allow the blob to assume different forms that are useful in specific circumstances. These include a hot air balloon (for floating up to special items), a hammer (for smashing obstructing blocks), a submarine (for more effectively navigating an undersea bonus level), a skateboard (for blazing through a level on a deadline), and a pogo stick (for extra high jumping). Not all of the power-ups are useful, though. One item turns Jelly Boy into a block so that he is unable to move for several seconds. 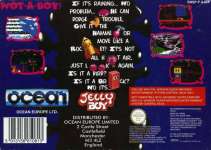 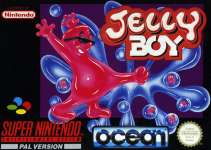