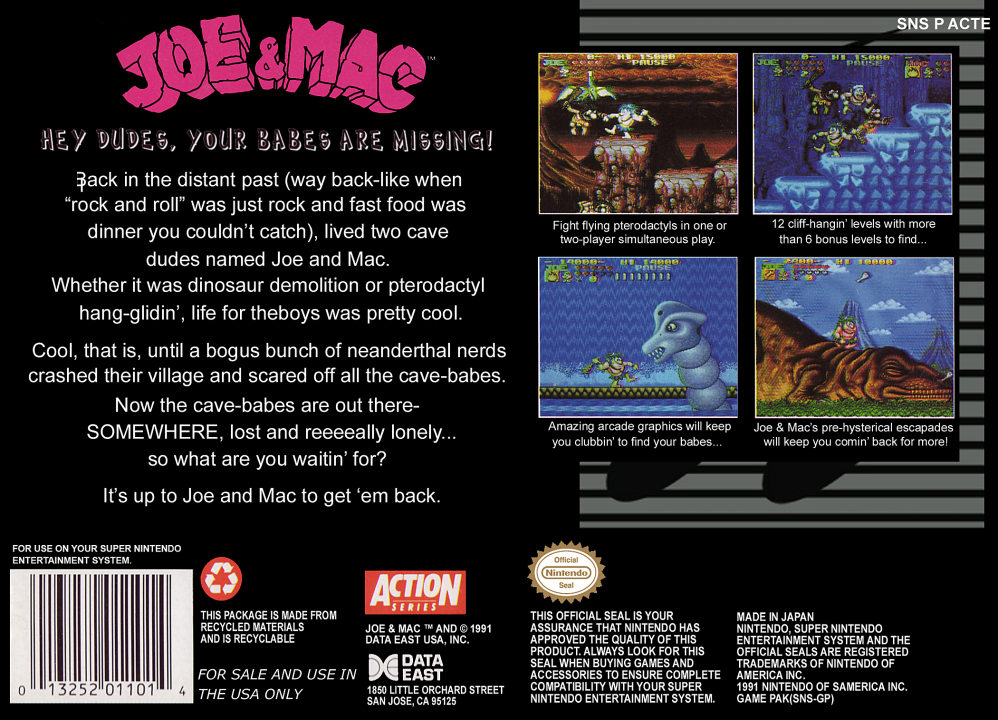 HEY DUDES, YOUR BABES ARE MISSING! Back in the distant past (way back - like when “rock and roll” was just rock and fast food was dinner you couldn’t catch), lived two cave dudes named Joe and Mac. Whether it was dinosaur demolition or pterodactyl hang-glidin’, life for the boys was pretty cool. Cool, that is, until a bogus bunch of neanderthal nerds crashed their village and scared off all the cave-babes. Now the cave-babes are out there - SOMEWHERE, lost and reeeeally lonely… so what are you waitin’ for? It’s up to Joe and Mac to get ‘em back. * Fight flying pterodactyls in one or two-player simultaneous play. * 12 cliff-hangin’ levels with more than 6 bonus levels to find… * Amazing arcade graphics will keep you clubbin’ to find your babes… * Joe & Mac’s pre-hysterical escapades will keep you comin’ back for more! 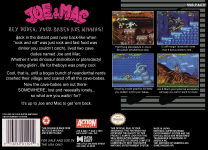 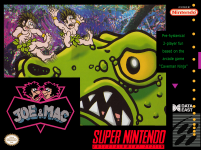 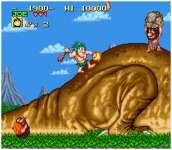 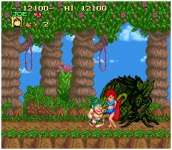 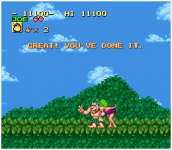 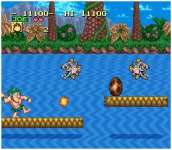