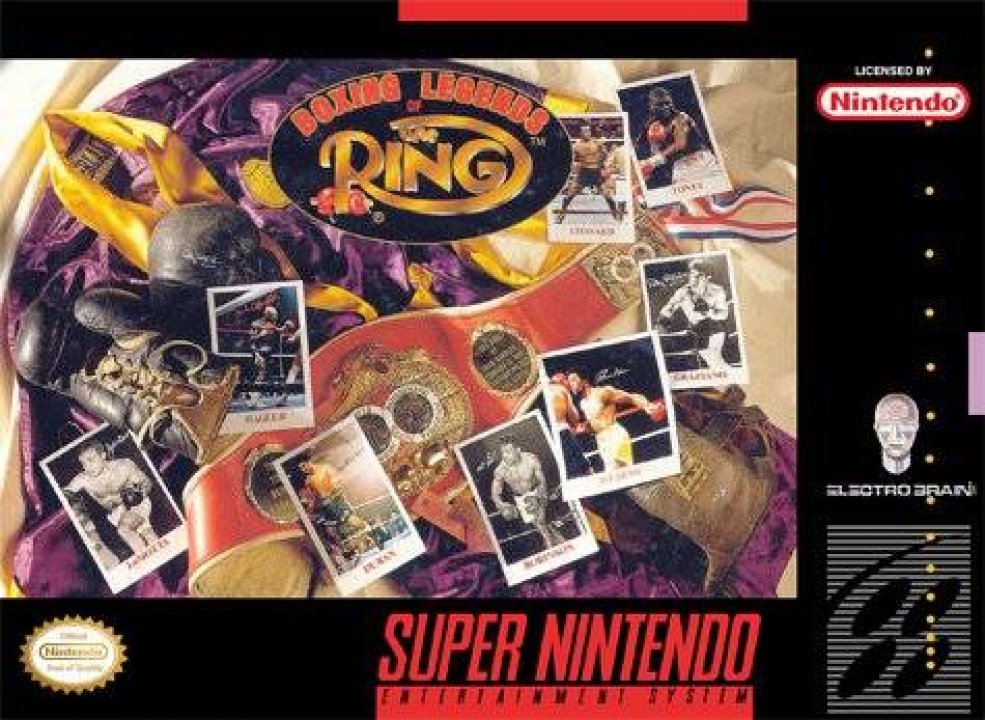 Boxing Legends of the Ring

Boxing Legends of the Ring is a boxing video game for the Mega Drive/Genesis and Super NES consoles. The boxers are represented by 2D sprites seen from over the shoulder of one of the fighters. The title of the game refers to the famous boxing magazine, The Ring, which the game is licensed to associate itself with. The following famous middleweight boxers are represented in the game: Sugar Ray Leonard, Roberto Durán, Thomas Hearns, James Toney, Marvin Hagler, Jake LaMotta, Sugar Ray Robinson, and Rocky Graziano. During fights, it is possible to keep track of the participating boxers' wellbeing by observing the small portraits of the fighters' faces at the top of the screen. As the fighters receive punishment, these portraits show injuries such as cuts and bruises, the severity of which indicate the fighter's health (or lack of). There is also a boxing glove shaped meter at the top of the screen, that indicates how much power a boxer has left in his punches (as in a real fight, the more punches boxers throw, the more tired they become, resulting in weaker punches). The fighters movement about the ring is limited to side-stepping left or right; it is impossible to step back or forward. A variety of punches can be thrown; left jabs, crosses to the head, hooks to the body, and uppercuts to the head (all punches except jabs can be thrown with either hand). It is also possible to throw a limited number of so-called 'super punches', that are essentially either a right cross or a right uppercut, but with extra power. At the start of each round, each boxer is capable of throwing one super-punch at any time, although it becomes possible to throw one more with each knockdown they score against their opponent. Defensive techniques consist of blocking, dodging, and clinching. Each boxer has three attributes: 'power', 'stamina', and 'chin'. 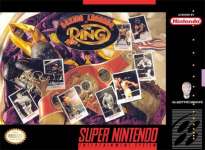 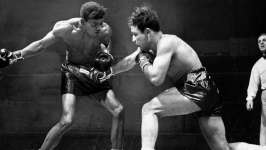