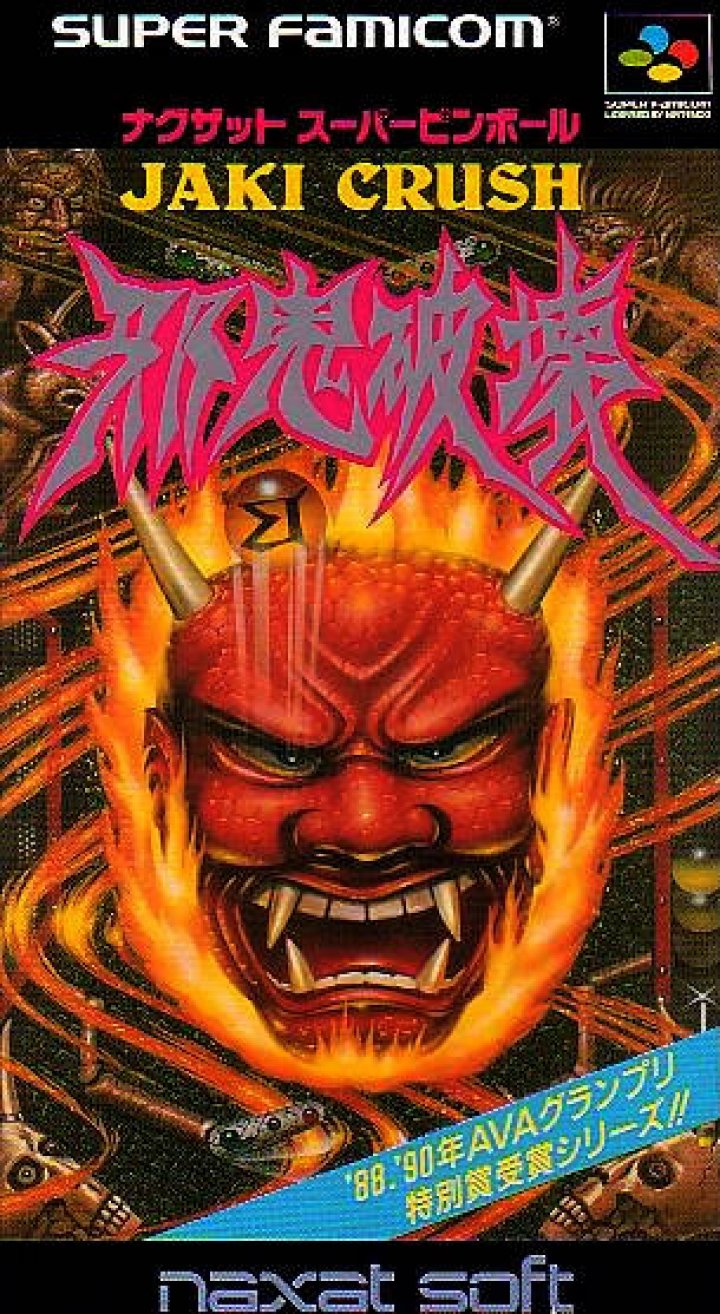 Jaki Crush is a pinball video game for the Super Famicom that was originally released in 1992, exclusively in Japan. The game is the third in the Crush Pinball series, and was preceded by Alien Crush and Devil's Crush. It is considered to be very obscure and is often thought to be the forgotten entry in the series. Gameplay The game features a theme revolving around the mythology of a type of Japanese demon or ogre, called a jaki. A single table is divided into three different sectors; carrying two flippers each. Moving targets must be hit for points along with targets that remain stationary. Shooting the ball into the demon's mouth allows players to access up to six bonus levels. 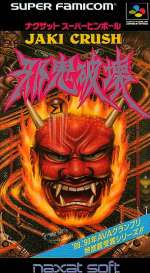