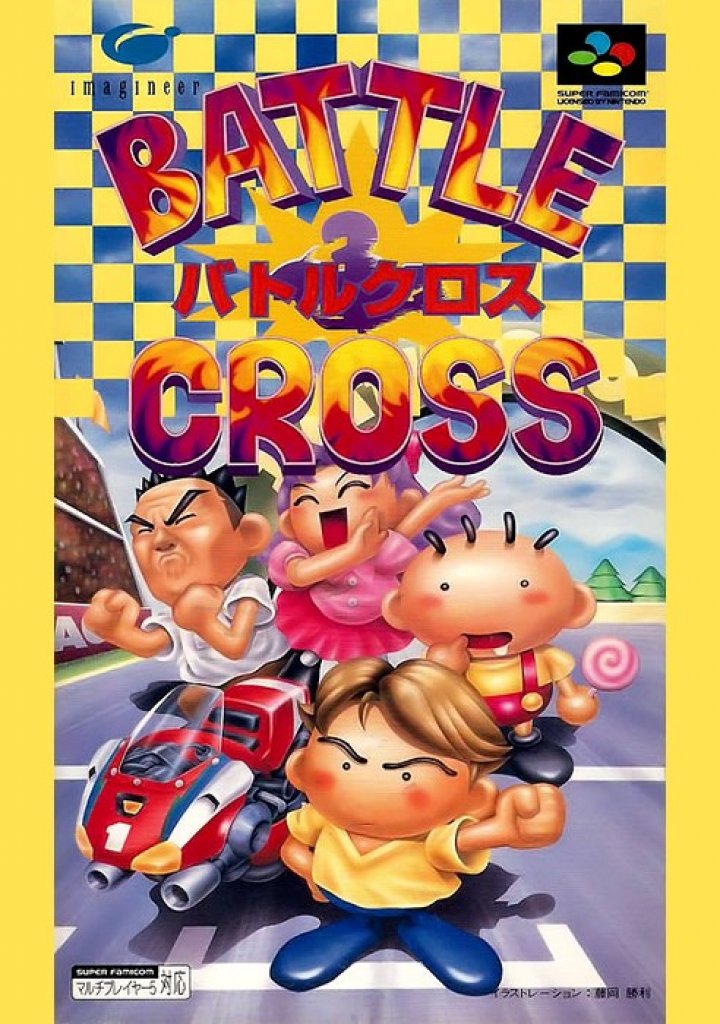 Japan-exclusive action racing video game developed by A-Max and published by Imagineer in 1994, for the Super Famicom. Battle Cross is a competitive racing game with a single-screen top-down perspective similar to RC Pro Am. It was released exclusively in Japan for the Super Famicom in 1994. The game exhibits a comedic element, with racers often encountering unusual objects on the course and comical cutscenes during the intro and post-race celebrations. Rather than motorcycles, the racers use a type of hoverbike that allows them to jump and turn around on the course more effectively. The game supports up to five players and uses a password system for progress. 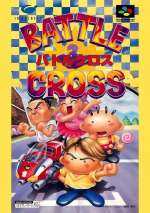