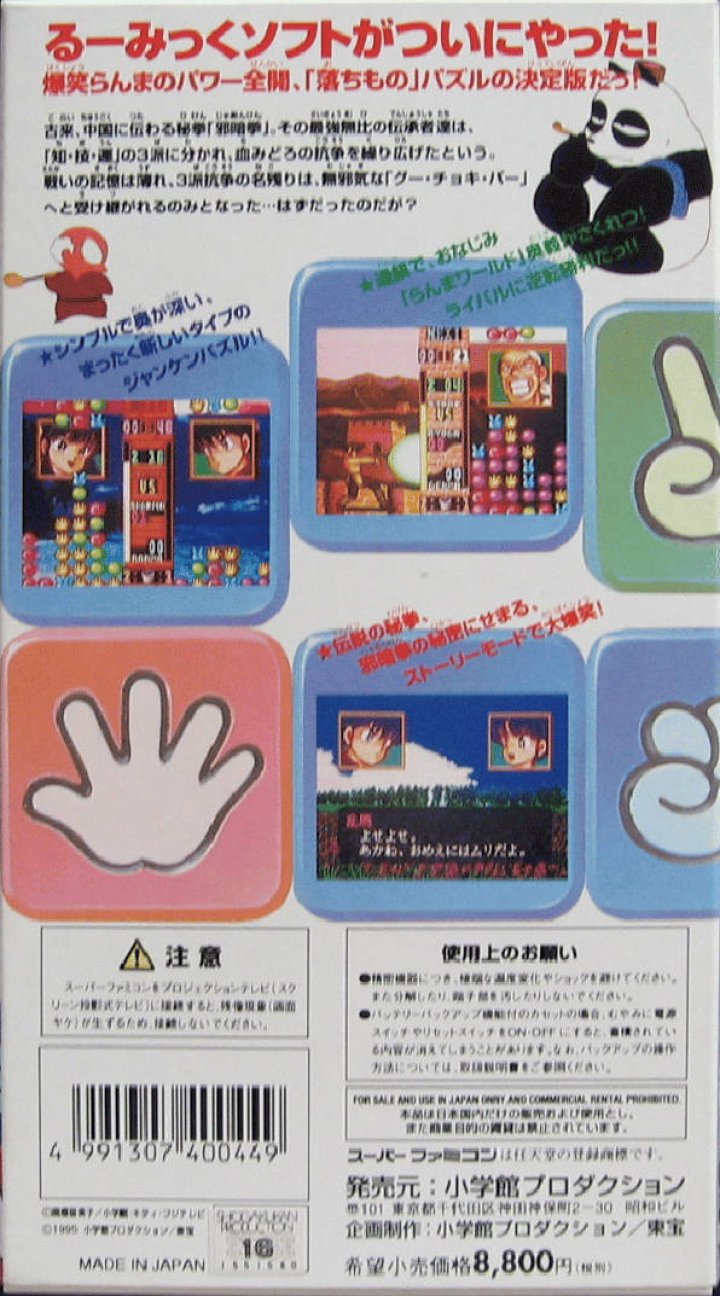 The game involves falling blocks of hands displaying the rock, paper, and scissors signs, which fall three at a time. In a similar manner to Tetris, the player can rotate the blocks to stack them, using pieces that defeat other pieces (e.g. paper over rock) to eliminate stacks. Doing so adds garbage pieces onto the opponent's screen to make it more difficult for them to eliminate their stacks of blocks. The objective is to fill up the opponent's screen up with blocks so that additional ones can no longer fit. Each character has two special attacks which can be used when large combinations are completed. Once in each round each player can also use a bucket of water that can transform a cursed character into their alternate form, which weakens their attacks until the effect wears off. This does not affect Akane or the Gambling King. 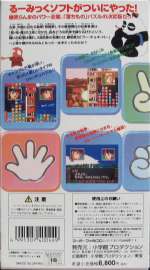 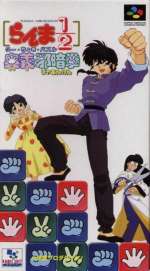 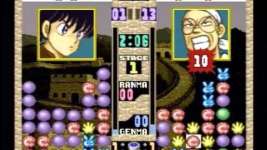