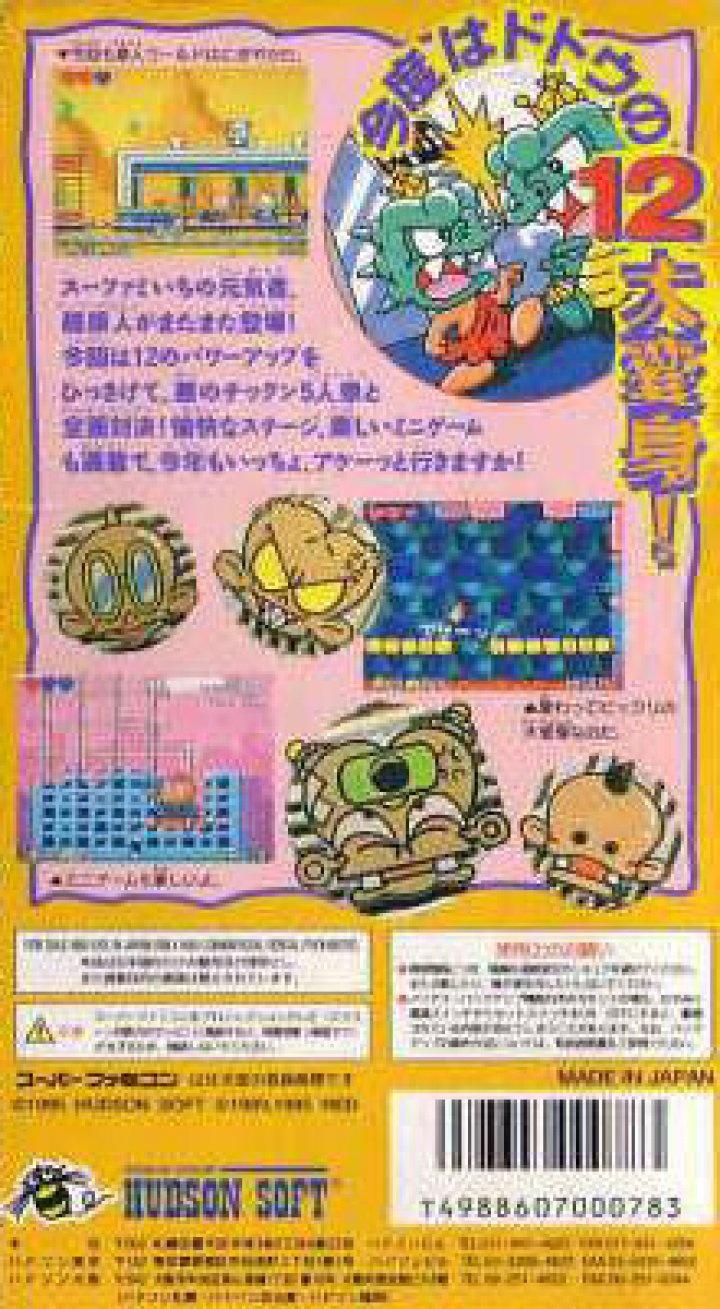 Super Genjin 2 is a 1995 2D platform video game by Hudson Soft for Super Famicom. It is the sequel to Super Bonk in the Bonk series, and the only platform game in the series never to be released outside Japan. In this sidescrolling action-platformer, Bonk is once again trying to save his world from the evil clutches of the reptilian king, who once more is threatening the prehistoric era. Boy, you'd think that after being defeated four times prior that he would take a hint. This time, you also get to face his five best soldiers, who will try to stop you in your tracks. Bonk controls rather smoothly, and he is really fun to control. To those of you that are not familiar with the series, Bonk is a caveman who attacks his enemies with his noggin; after jumping down, from below, while swimming, and while in the air. He can even bounce off walls with his head, skip on the water like a stone if his head is facing down, climb certain walls with his teeth, scale up waterfalls, flip in the air (so long as the attack button is repeatedly being tapped), and so forth. As is the case with the series, you start with a regular amount of health, but if you find a translucent heart icon, you'll increase your capacity. What's neat is how collecting the food not only scores you some points but how it also replenishes a little bit of your health, too. This time Bonk can also run if you hold down the A button, and the X button is used if you have a special ability on you. If you find a power-up, whether it be piece of meat, or a different icon, then you will be given a power-up ability that will be taken out the moment you're hit once (damn). Among the power-ups are the one where the fire will be spreading if Bonk hits his head on the ground (you know, the one where he looks freaky), one where Bonk turns into a bird and gains the ability to fly, one where Bonk becomes tiny and can make platforms made out of Japanese characters, and there is one where Bonk has the ability to double-jump as a girl. Yes, Bonk becomes a girl if he eats the pink-colored meat. I'm dead serious. 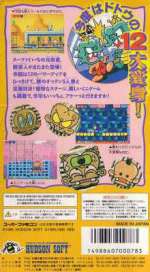 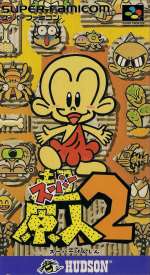 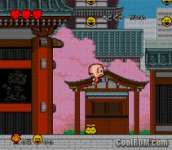 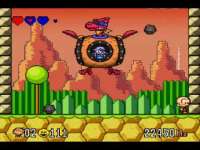 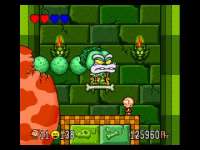