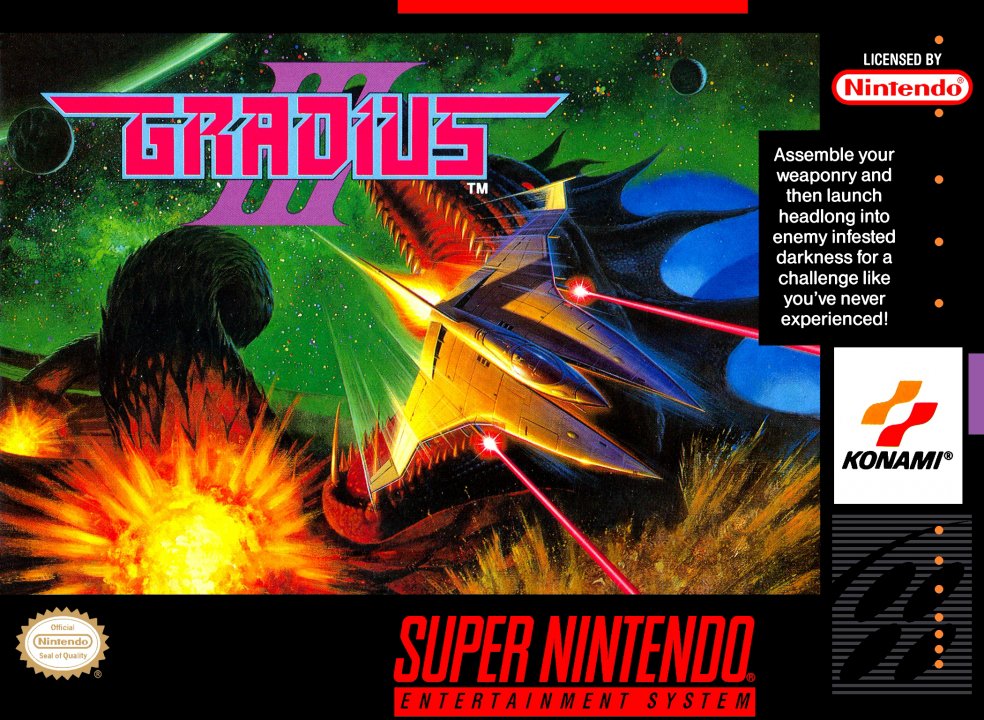 SOMETHING NASTY IS GOING AROUND AND THE WHOLE UNIVERSE IS CATCHING IT! The gentle Gradians thought they were cured of Bacterion’s contemptible curse after generations of germ-free living. Guess again. That wretched fiend is once again wreaking havoc on Gradius and the surrounding planets. It’s your destiny to put an end to it. Unless maybe you think life as an amoeba would be pleasant! You play a key role in engineering your M.A.X. starship’s battle gear and arsenal. You’ll use masterful marksmanship and strategy to engage the right weapon at the right time, like spread bombs, ripple lasers, photon torpedoes, mega crush and much more. Do so and you’ll gallantly conquer the galactic gargoyles and obstacles in ten Terror Zones, such as the Dunes of Doom, Bacterion’s Garden, and The Greased Lightning Round. Just when you think you’ve made it through each of the Zones, you’ll be greeted by a hideous Mayor who will try to see that his Zone is your last. Choose from three difficulty levels to see just how keen your alien zapping skills are. Throughout your journey, you will be engulfed in magnificent stereo sound and stunning visual effects that will dazzle your senses. In the final forum, you’ll have to be as tough as Orakian ore to confront Bacterion and disintegrate its hailstone of a heart. If you do, all that is good in the universe will breathe a sigh of relief. And if you don’t, you’ll hear the echo of a solitary clap and the final Dark Curtain will fall. Featuring alternate play for two players, or play against the Super NES. 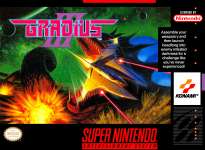 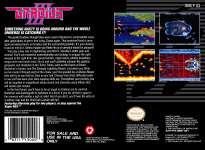 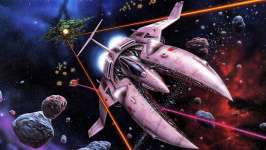 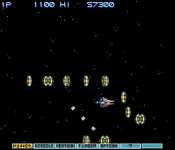