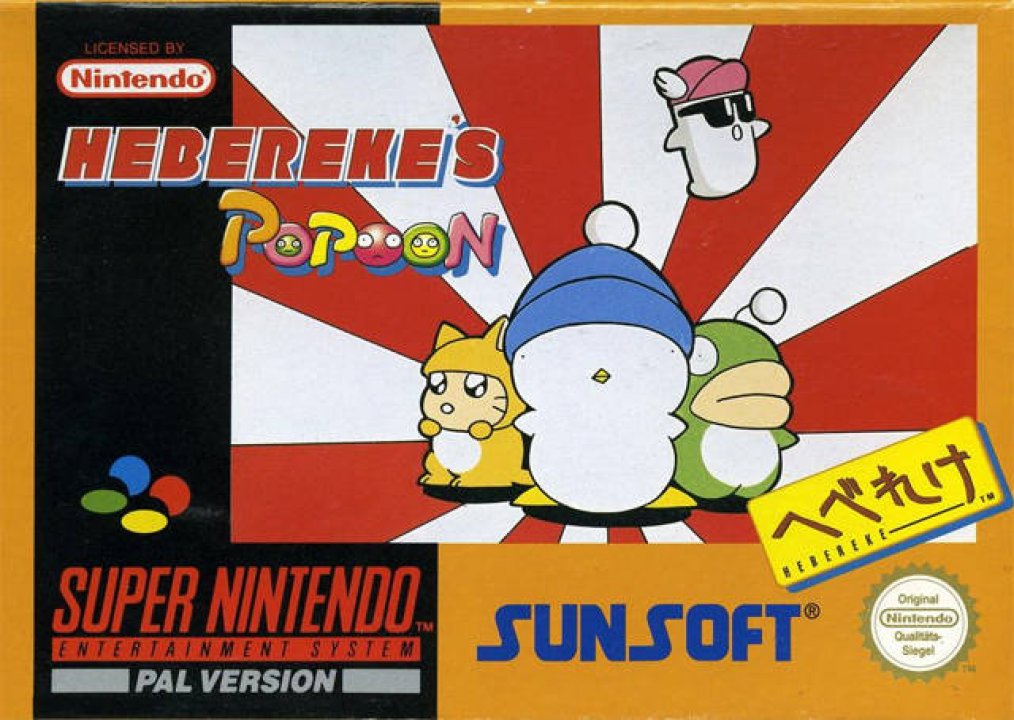 Hebereke's Popoon is a two player puzzle video game developed and published by Sunsoft. It is based on the Hebereke series. Hebereke means drunk or untrustworthy. Popoon is an onomatopoeia for the sound made by the game pieces when they explode. Hebereke's Popoon is a block-grouping game closer in style to Dr. Mario than Tetris. There are eight playable characters, each having different abilities. In one-player mode, the player is forced to choose Hebereke and must play against Oh-Chan. After defeating Oh-Chan, the player is allowed to choose between Hebereke and Oh-Chan in the next match against Sukezaemon, and so on, until the player has "unlocked" all the characters. Each match consists of a single-round. A defeated player may elect to resume play by using a continue. In two-player mode, all characters are immediately available to either player and each match is the best of three rounds. Players can also select a handicap level (from 1 - 5) to increase or decrease the difficulty of the game. 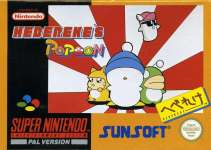