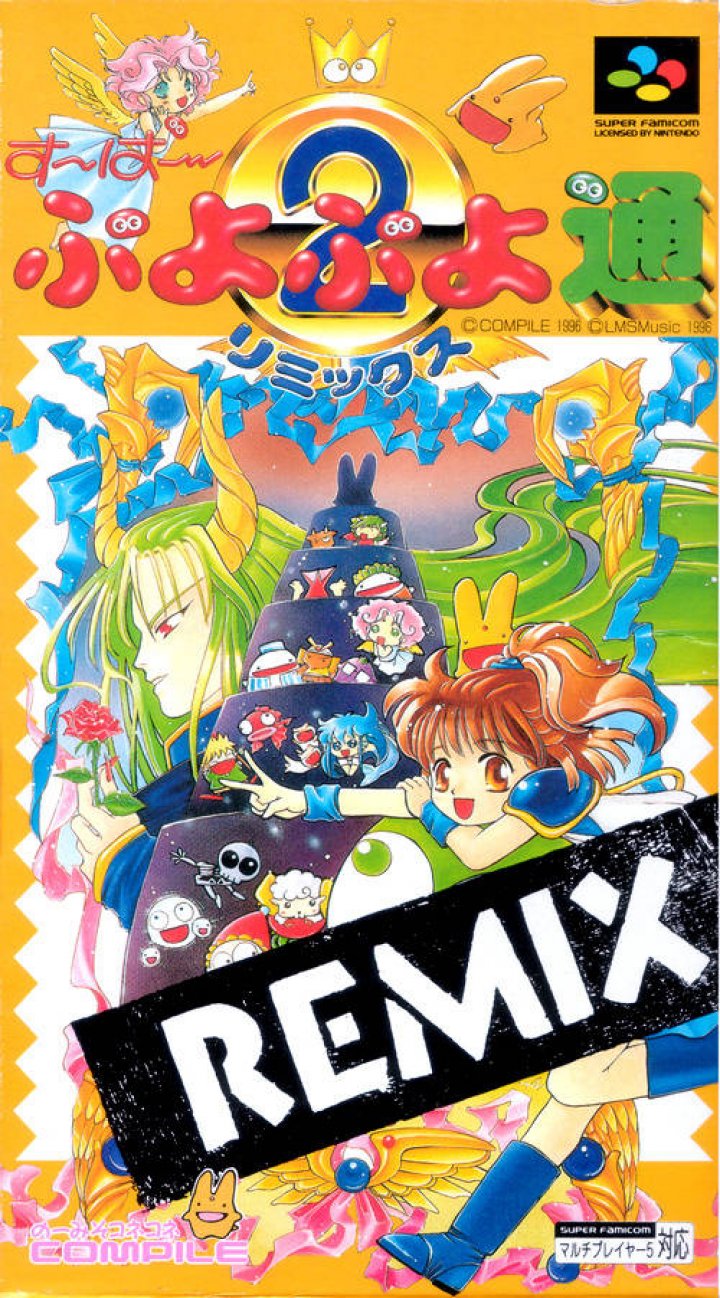 Super Puyo Puyo 2 Remix is a puzzle action game released by Compile for the Super Famicom. The mayor differences between this "Remix" version and regular Super Puyo Puyo 2 is that you now can play 4 player multiplayer with bots. An Expert course is added to the game and other small minute changes. 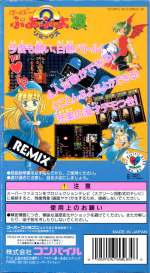 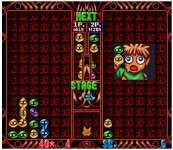