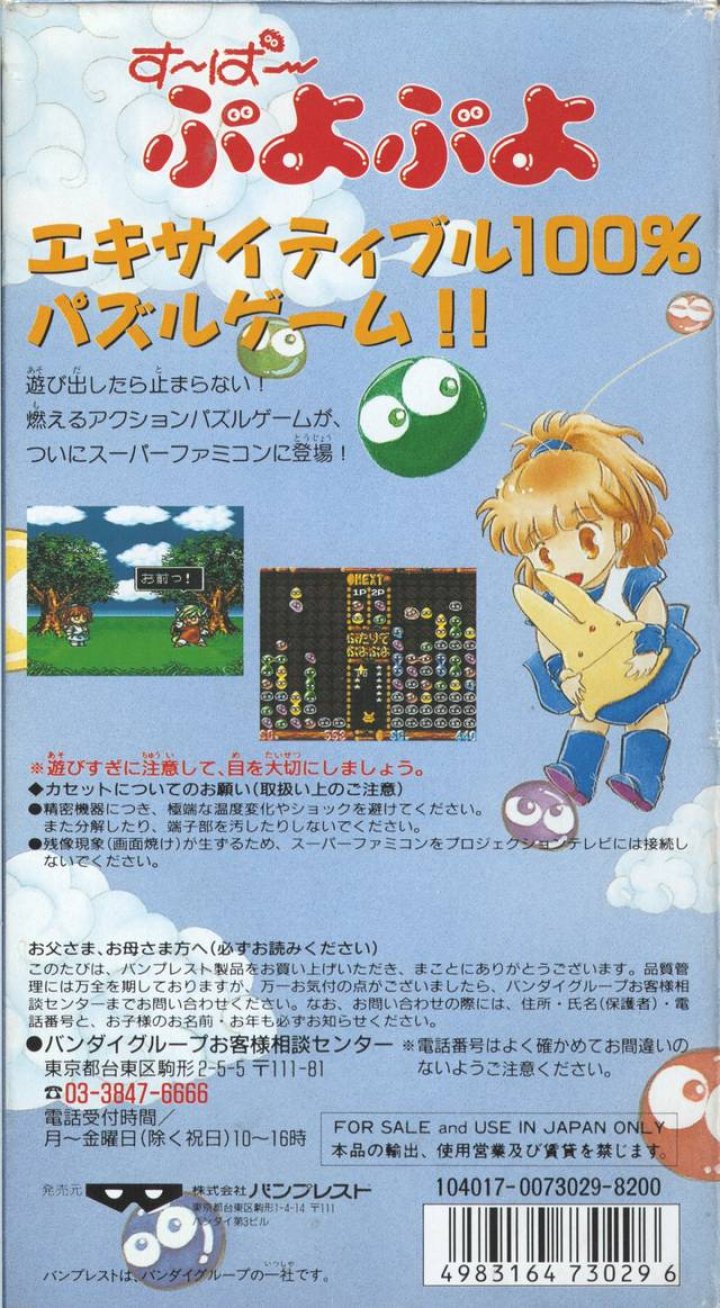 Puyo Puyo is a series of tile-matching video games created by Compile and later Sonic Team. Banpresto released a version for the Super Famicom under the name Super Puyo Puyo on December 10, 1993. The object of the game is to defeat the opponent in a battle by filling their grid up to the top with garbage. The Puyos are little creatures with eyes who, in most variations of the game, fall from the top of the screen in a pair. The pair can be moved left and right and rotated. The pair falls until it reaches another puyo or the bottom of the screen. 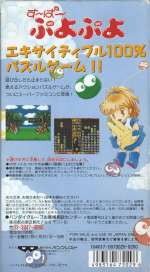 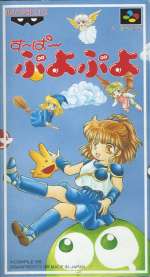 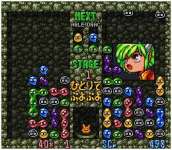