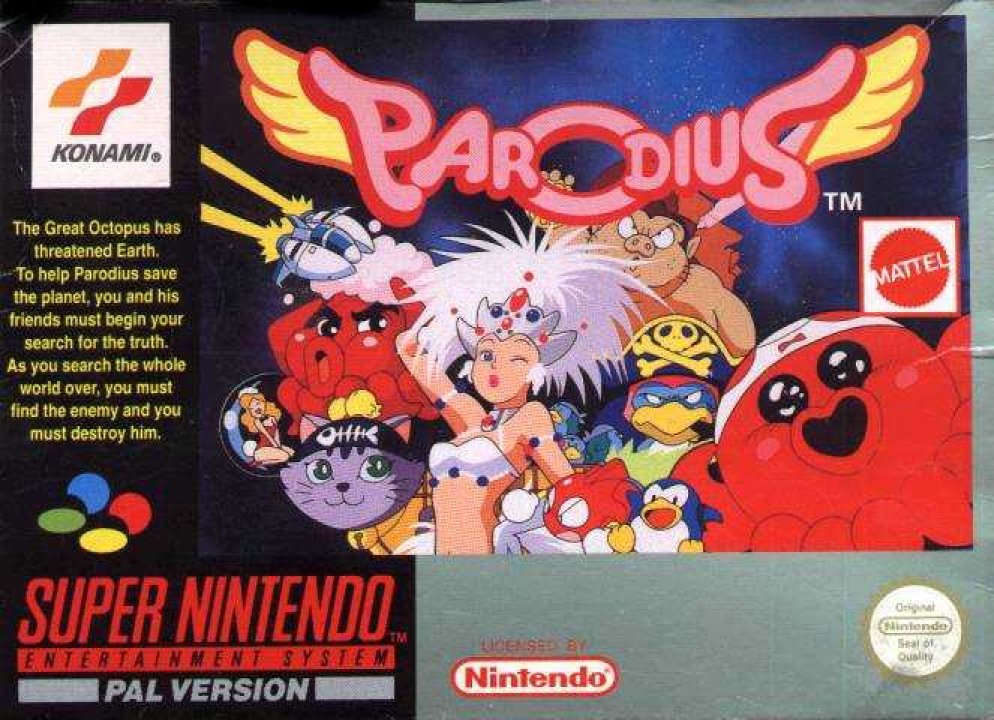 Parodius! From Myth to Laughter (Parodiusu Da! Shinwa kara Owarai e, lit. "It's Parodius! From Myth to Laughter"), released outside Japan as Parodius (from "Parody Gradius"), is a shoot'em up arcade game and is the second title in the Parodius series produced by Konami. The European SNES version is also known as Parodius: Non-Sense Fantasy. The gameplay is stylistically very similar to the Gradius series, but the graphics and music are intentionally absurd. This game is often mistaken as the original game of the series. The lesser known original game, Parodius: The Octopus Saves the Earth, was released for the MSX computer in Japan. This is mostly the parody of Gradius (Nemesis on some systems), with some flavor from other shoot-em-ups, like Twinbee. The series is available on numerous platforms. The game is a right-to-left scrolling shoot-em-up. You can choose from 4 different flying creatures, with different weapons. You must finish 7 stages, each having a boss at the end. You may start at either one, but must complete every level to advance to the final stage. 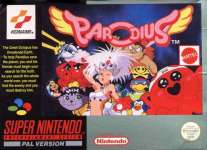