Following a great war that destroys most of the earth, Tuff E Nuff sees four of the earth's toughest people come together to do battle, and earn the right to attempt to depose the mighty ruler. Gameplay is standard beat 'em up style action, featuring most of the conventions of the genre. The characters have a range of kicks, punches and throws, and each fight at their own base. The 90-second time limit can be turned on or off. Fights are best-of-three, with points awarded for each hit, and for overall victory. 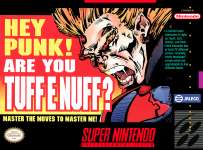 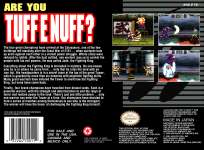 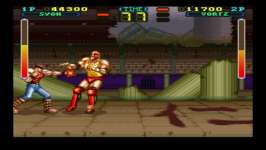