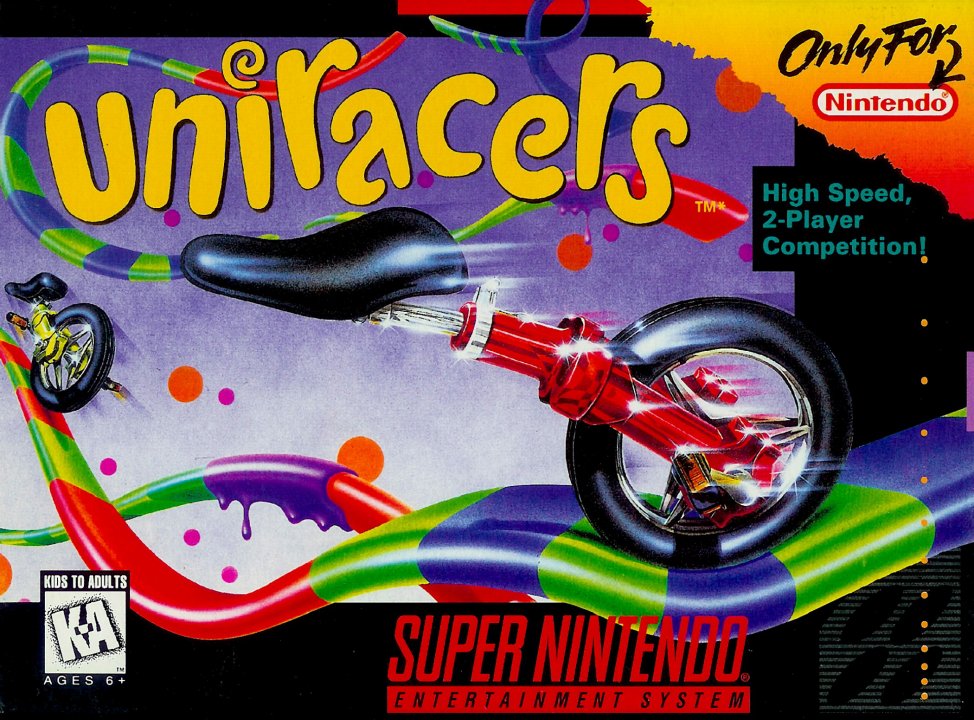 What do you get if you cross Sonic the Hedgehog with Tony Hawk's Pro Skater? It might seem an odd combination, but it describes Uniracers perfectly. One of the more successful releases of the Super Nintendo's twilight era, Uniracers mixes platform-based high-speed racing, with crazy stunts and tricks. The basic idea in most levels of the game is simple. Get your unicycle from A to B as quickly as possible, and finish ahead of your opponent. It's like Sonic, but with none of those pesky enemies, pointless power-ups and frustrating obstructions. In fact it doesn't sound like much of a game at all... Here's the key, though. Tricks performed and landed during the race increase your speed. The better the trick, the greater your increase in speed will be. Also, some levels are set in areas designed solely for stunts. Such levels require you to earn as many style points as possible, by doing tricks. These levels are against the clock, and a set points score, rather than an opponent. Unicycles are stupid and difficult, and yet fun, once you get the hang of them. Much the same could be said about Uniracers... 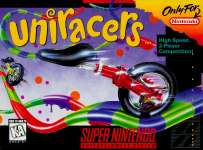 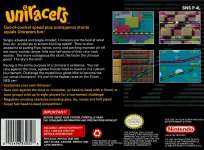 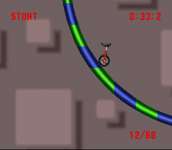 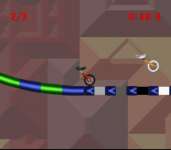 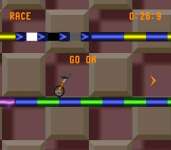