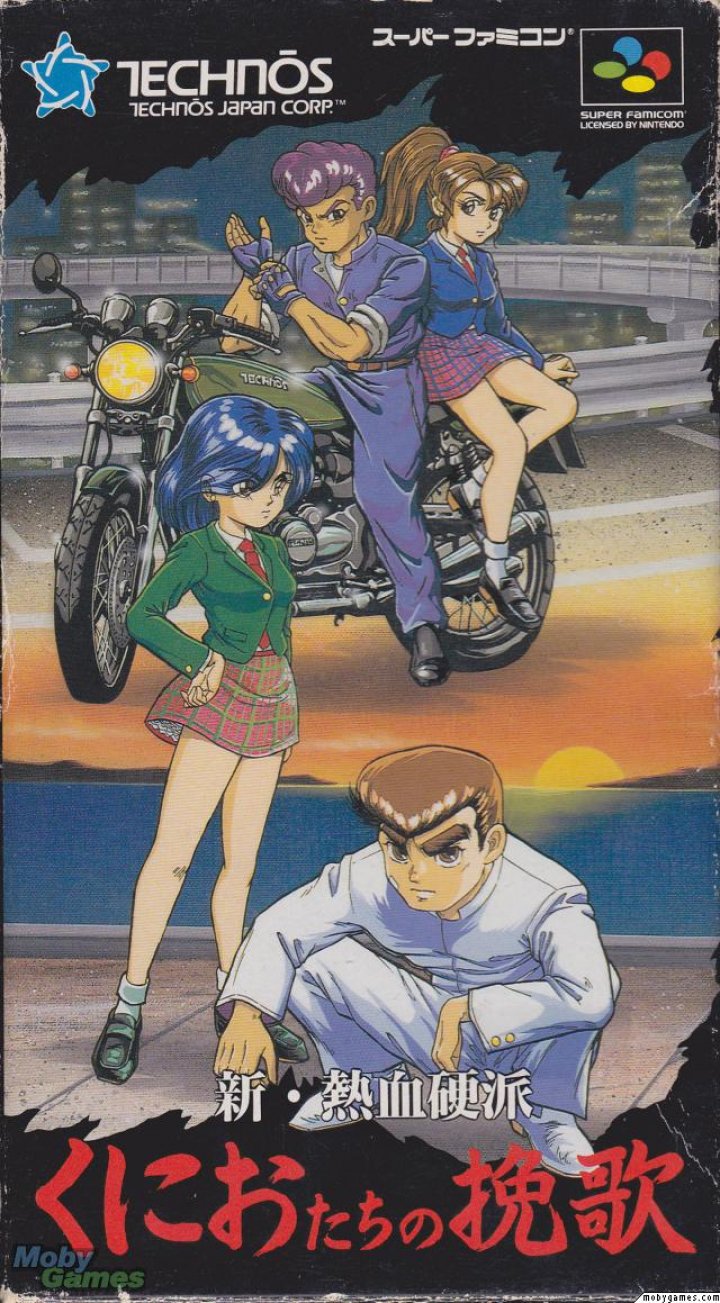 Shin Nekketsu Kōha: Kunio-tachi no Banka is a belt-scrolling action game released by Technos Japan Corp. exclusively in Japan for the Super Famicom in 1994. It was the fourth game in the Kunio-kun series released for the Super Famicom and was developed by Almanic. It is chronologically set before Downtown Nekketsu Monogatari (better known as River City Ransom). Kunio and Riki are convicted of a hit and run accident and the two are sentenced to be locked away in the West Nerima Juvenile Correction Facility. However, the two young men pledge innocent of the crimes. The next morning, the duo are visited by Kunio's friend Hiroshi, who informs them that a series of suspicious activities have been occurring in Nekketsu High School and that a man who looks like Kunio has been spotted in town. Suspecting that they may have been framed for a crime they didn't commit, Kunio and Riki set up an escape plan to meet up with Hiroshi. After a successful breakout, Kunio and Riki set out to find the true culprits. 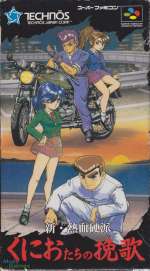 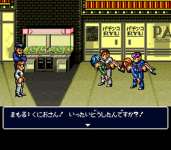