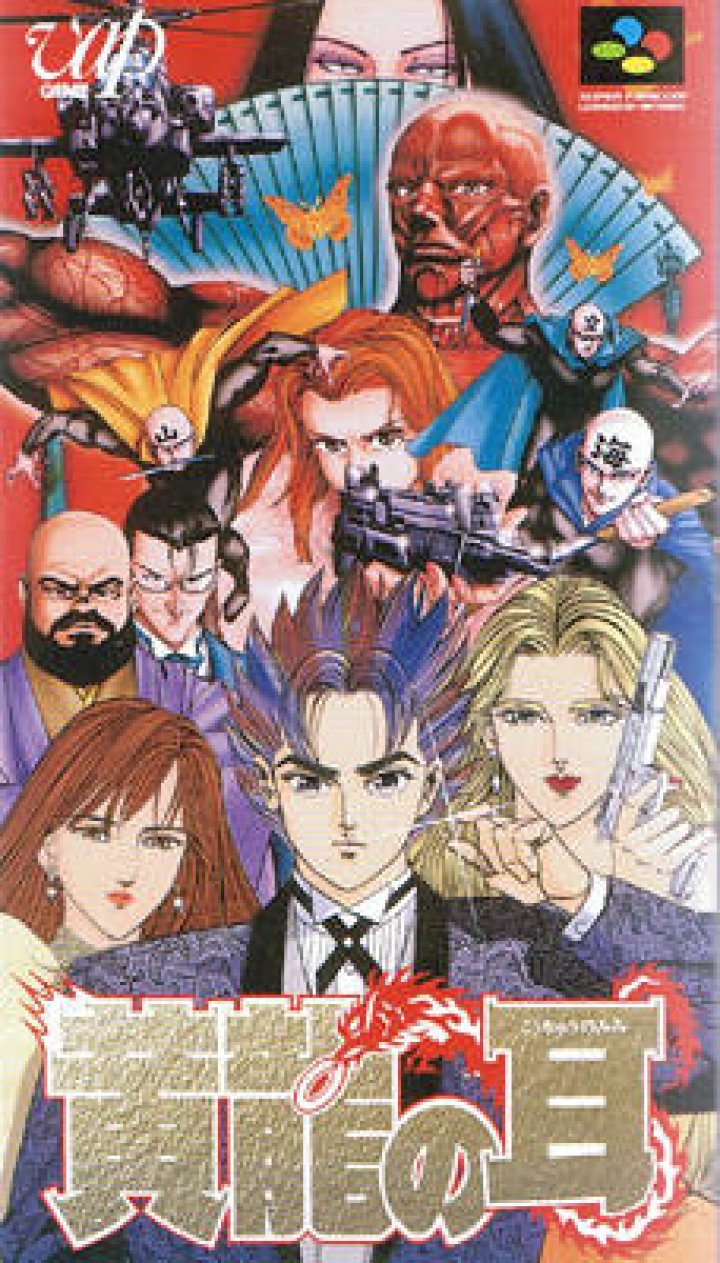 Kouryuu no Mimi ("Ear of the Golden Dragon") is a Japanese single-plane brawler for the Super Famicom that loosely follows the plot of the short-lived 1995 manga of the same name. Natsume Kiroemon, the 45th leader of the Natsume family, is due to inherit the Koryuu no Mimi, a tool which gives its bearer easy access to wealth and women. As a result of his father's death, he left the Italian monastery where he'd been training and rightfully took the name "Natsume Kiroemon" as well as the power of the Koryuu no Mimi. Upon his return to Japan, Natsume fell fatally in love with Kanako, one of the members of the rival Mina family. However, the evil hand of the Mina family attacked Natsume constantly and abducted Kanako. Now Natsume has unlocked the seal, making the Koryuu's power surge, and he's striking back at the Mina family. Both Koryuu and Kanako's fate are in the player's hands. 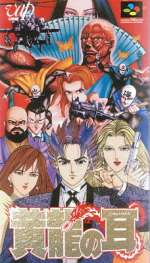