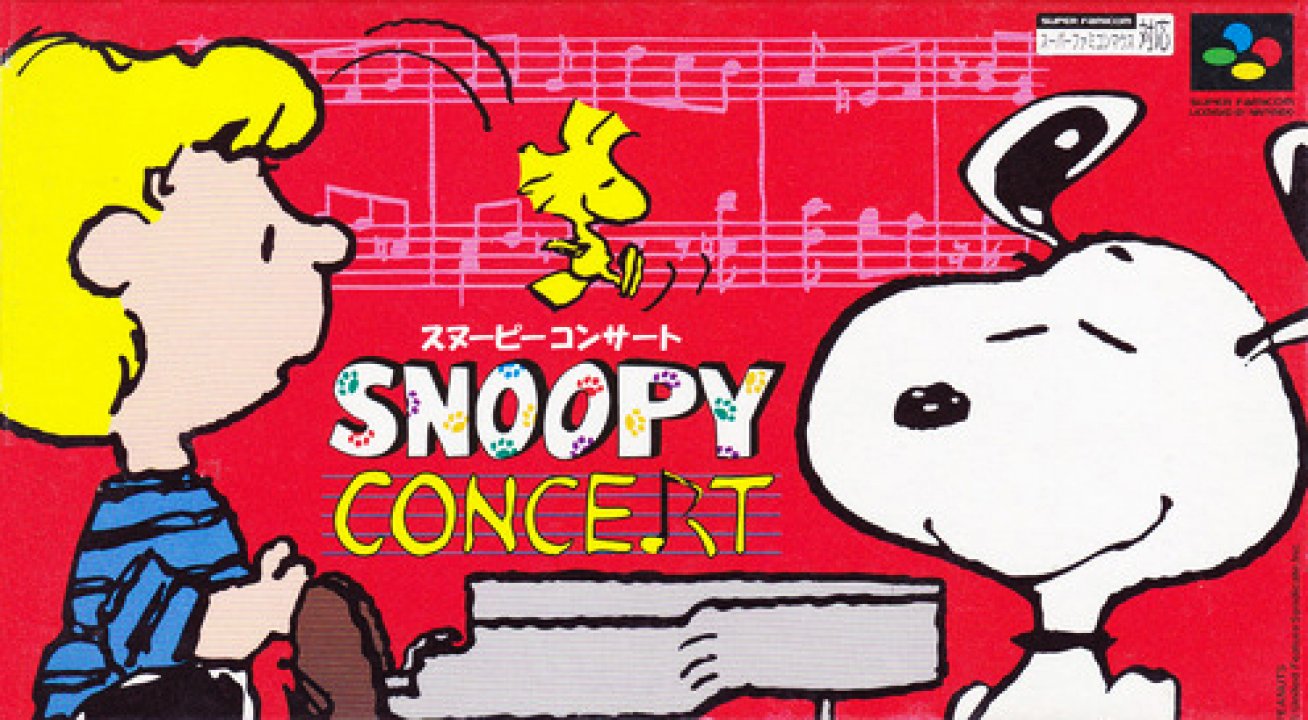 Snoopy Concert is a Japan-exclusive action video game based on the Peanuts cartoon characters Snoopy licensed from Peanuts and United Feature Syndicate (now a part of United Media), which was released for the Super Famicom in 1995. The game is a less of a self-contained game and more a collection of four smaller ones; including a point-and-click segment featuring Schroeder. The player controls Woodstock and direct Snoopy as he performs all sorts of errands for different Peanuts characters. The player does a separate game for each character; some of them require him to do a little detective work, or to direct Snoopy to win a race, or to get a character to some place. The ultimate goal in the game is to get everyone in shape for Snoopy's concert. Games can either be played using stereo or monoaural sound. The music was composed by Hirokazu Tanaka (田中宏和) and Minako Hamano (濱野美奈子), in addition to arrangements of the familiar works of Vince Guaraldi known to longtime Peanuts fans. Many years later the game has been translated to English (by Aeon Genesis) and Portuguese. 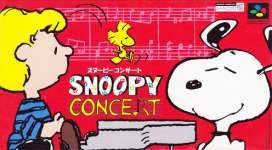