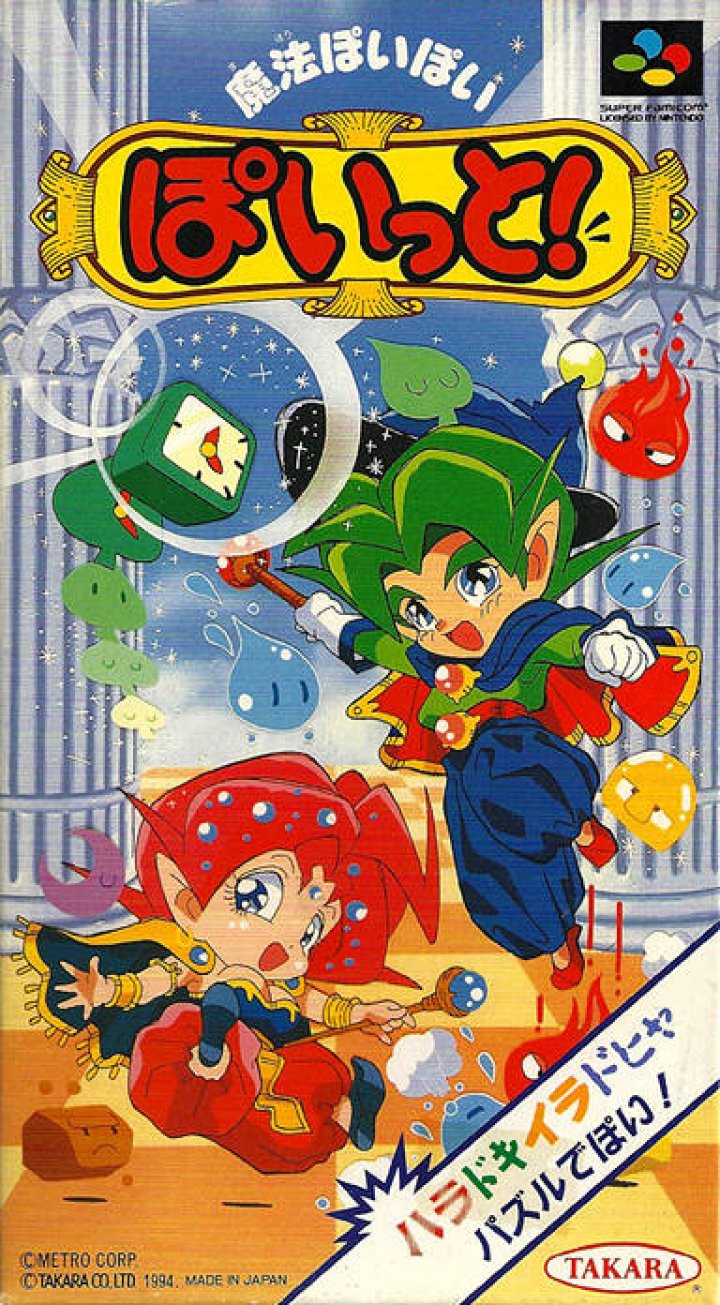 Mahou Poi Poi Poitto! is a puzzle game developed by Metro and published by TAKARA for the Arcade and SNES. It plays similarly to other match-3 games of the era, like Columns, in that the player has to line up three identical pieces horizontally, vertically or diagonally. Pieces fall in square clumps of four, sometimes including cloud pieces which immediately vanish, and very rarely including a sun icon that can remove all the icons of a single type. The game features a competitive two-player mode and a one-player story mode. In the story mode, the player takes on a series of monsters. The monster intermittently casts spells at the player that randomly transforms blocks into "enemy blocks". By casting magic back at the monster, best done by creating chains and combos, the ground beneath them moves towards the ceiling. Once high enough, the monster is crushed and the player moves onto the next stage. 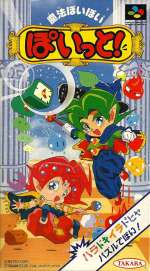