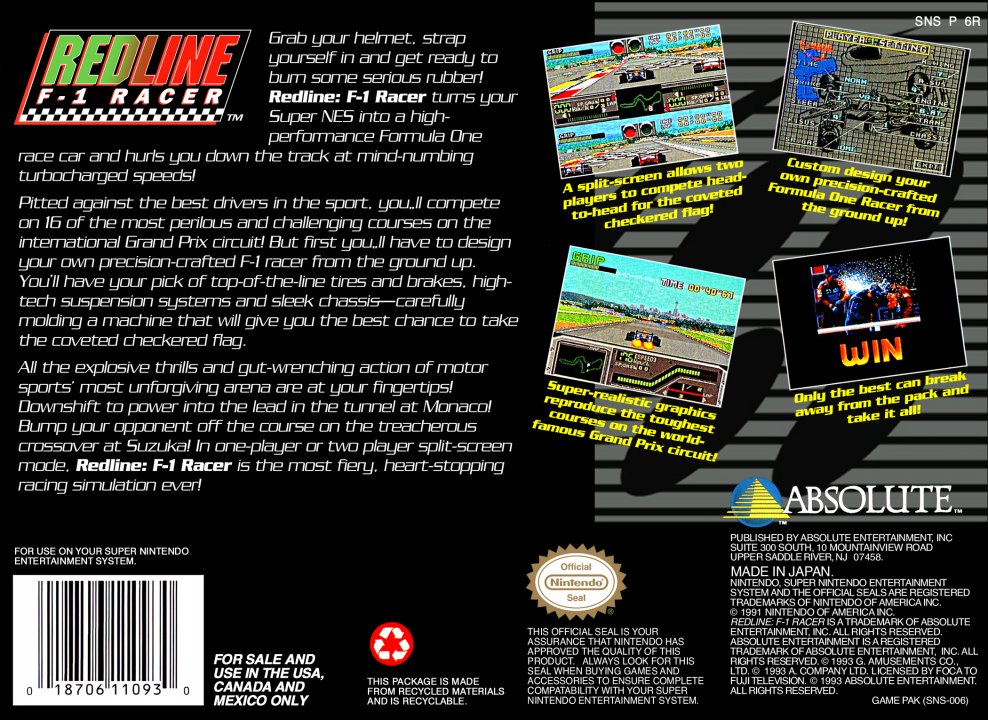 Released in Europe and Japan under its original title, "Aguri Suzuki F-1 Super Driving" is a Formula One simulator for the Super Nintendo Entertainment System. Everything from treacherous right turns to gasoline is simulated as the player tries to win the FIA World Drivers' and Constructors' Championships. The player can play a single race (non-championship Formula One race) or a season mode where the winner takes all, and the losers can wait until next year. The game allows players to customize their racing vehicle. Suspension, wings, and brakes among other things can be altered to gain lap times in addition to positions on the track. Winning is near impossible unless the player can successfully tinker with his vehicle from the beginning of the race week. Even the weather can betray the player; having the wrong tires will make the car skid out. The controls and overall gameplay are relatively simplistic for a driving simulator game. Aguri Suzuki even appears in the game as the most expert driver. The graphics in the game look like they come out of an 8-bit console system. In 1993, Aguri Suzuki F-1 Super Driving was released for the Game Boy handheld, exclusively in Japan. In this game, the player can control a kart and a Formula One car. 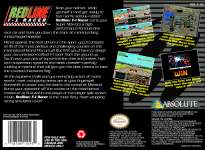 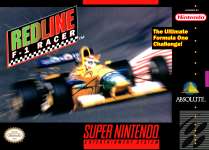 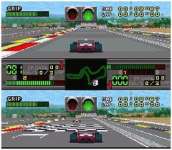