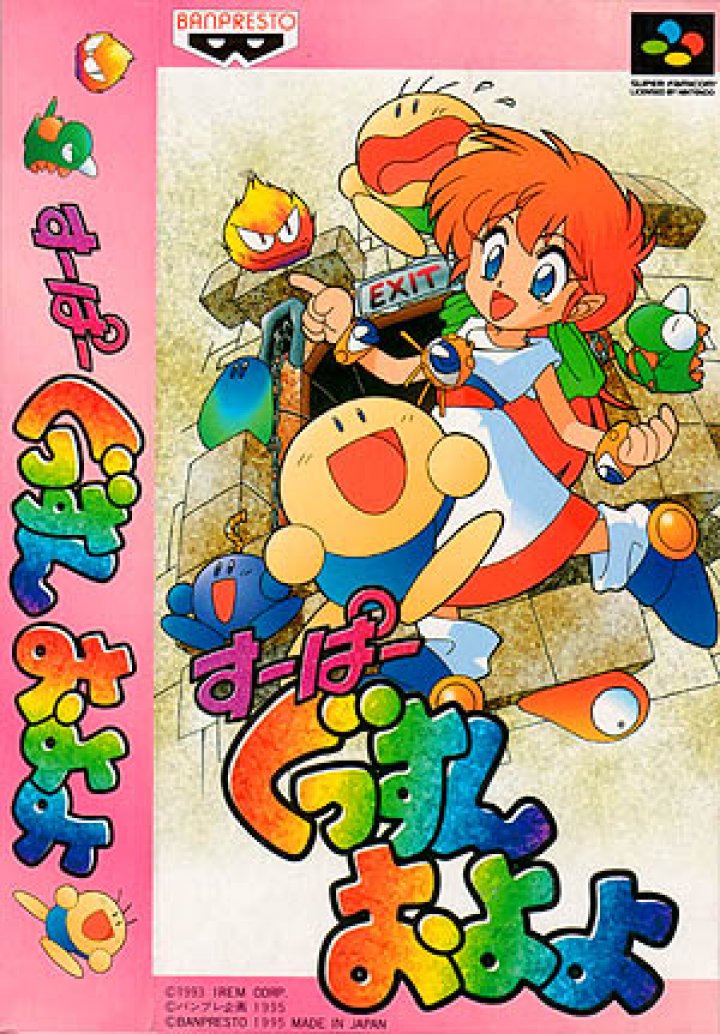 Super Gussun Oyoyo is an extremely cute action/puzzle game by Banpresto, and conversion of Irem's arcade game of the same name originally released in 1993. The game is an interesting and unique crossover between the 'puzzly' side of Tetris and the 'save all the rodents' side of Lemmings. The goal of the game is to guide a bald and fun looking creature, who also happens to be a treasure hunter called Gussun (and his friend Oyoyo in two players mode), to the level's exit. This character just keeps walking around and gets scared at the silliest things. While he aimlessly wanders around the playfield, Tetris like pieces fall from the top of the screen, and the player must rotate and position them in the scene. Once in place, these blocks can be used by Gussun to climb on to reach new areas, and eventually lead him through the exit door. Tons of other features are also packed with the game, such as bombs or little buddies who follow Gussun to the exit (collect 10 of them for an extra life!). Time is of course limited and water starts filling up the stage if players stay in one levels for too long. Additionally, traps and monsters soon appear and things get quickly tricky and will squeeze the juice out of the player's brain in no time. An intense two-player versus mode and a level editor are also available. 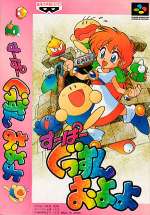